It was a big weekend for many Mavs as the Winter Season winds down to a close.   The snow held off just long enough for the McCutcheon buses to safely route our student-athletes all over the state to compete for the right to play one more week.  Wrestling, Girls and Boys Basketball all donned the Cardinal and Gold and represented their teams with tremendous MavPRIDE.  Here’s a breakdown of all the action:

Four wrestlers traveled to the loaded East Chicago Semi-State to test their mettle against the field.  Seniors Jeremiah Robles, Aiden Grimes, Spencer Phillips, and junior Jake Stall faced their post-season fate with a 2-hour bus ride and an early weigh-in.  If you win your first two matches you move on; lose and your season is over.  Here is the link for the full Semi-State Results.

Stall advances to the 2nd round with a 1st round pin! pic.twitter.com/isDjxVD7jV

Phillips punched his ticket to the state finals! pic.twitter.com/vvFJ83xHnj

Phillips’ 4th place finish at Semi-State has earned the Senior his first trip to the State Championships this Friday and Saturday!  Below is his bracket in the 170 lbs division: 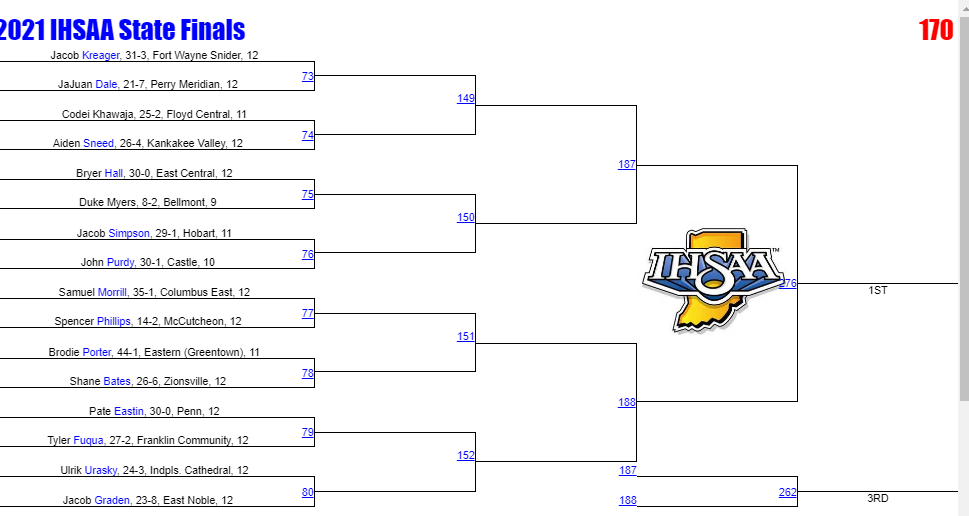 The Lady Mavs Basketball team traveled to Marion High School on Saturday for the 10 AM Regional Semi-Final match-up with the #6 FW Carroll Chargers.  The NCC and Sectional Champion Mavericks had a tough draw with Carroll’s overall depth, size, and strength.  In the first quarter of action, sophomore forward Caitlyn Miller had a strong start, knocking down two shots from behind the arc to help keep the Mavs within two possessions at the end of the first quarter (FWCHS 19 – MHS 14). 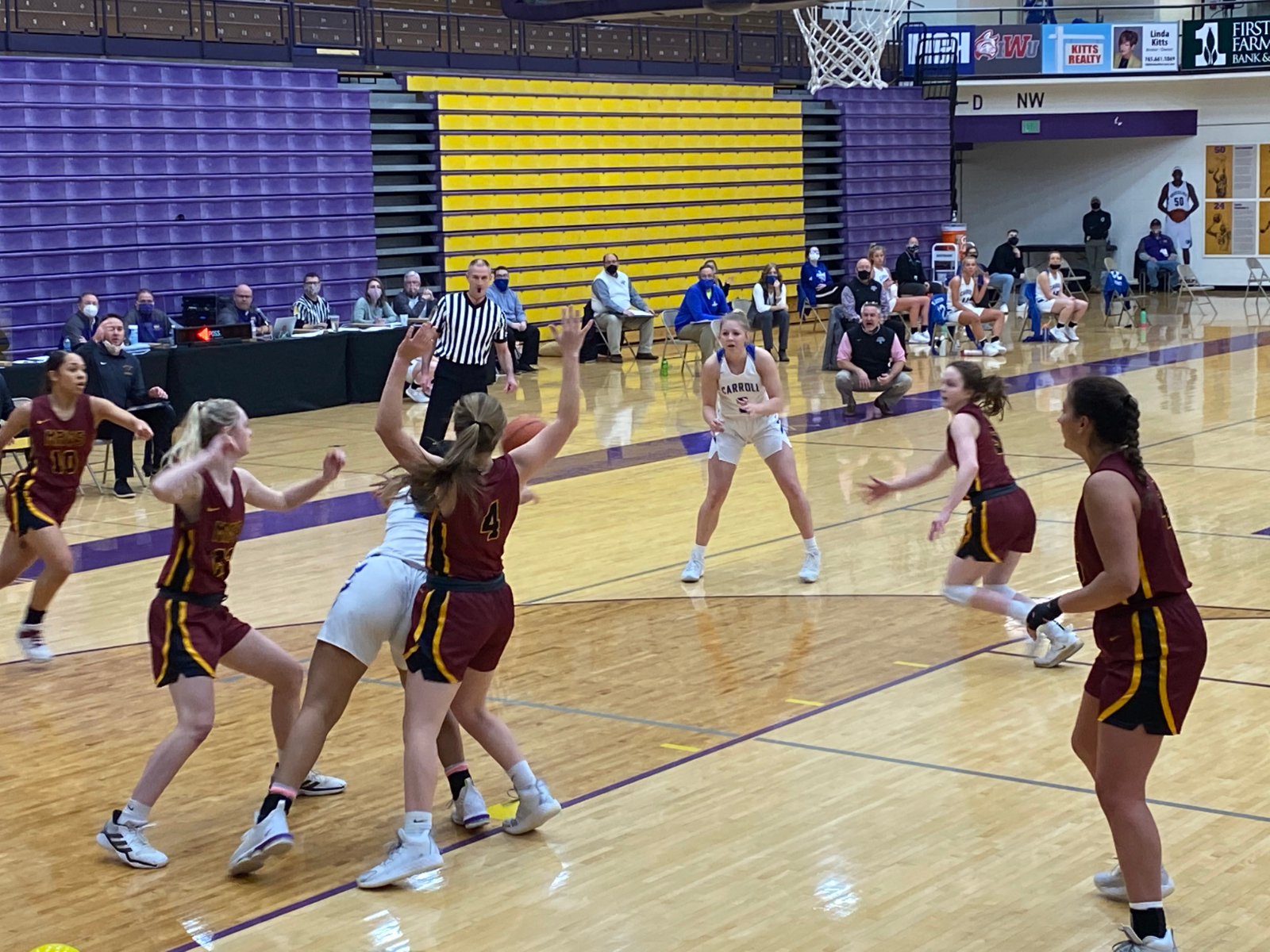 The second quarter saw a much different shift in the momentum of the game.  Early on, junior guard Marya Farrell was sidelined after a collision reaggravated a knee injury that she had sustained earlier in the week at practice.  Being down their 3rd leading scorer hindered Coach Knoy’s squad’s ability to get open looks.  The Chargers defense was able to put the clamps on the Mav’s leading scorer, Teresa Maggio, holding her to 4 first-half points.  After a 7-0 Carroll run to finish the half, the Mavs found themselves down 32-22.

The Lady Mavs struggled to get open looks throughout much of the 2nd half, not scoring a field goal until midway in the 4th quarter.  The size and strength of the Chargers were evident in the box score.  The Mavs were held to 30% shooting on the day and committed 14 TO’s versus Carroll’s full-court pressure.  In the end, the Mavs lost to Carroll 68 -38.  Maggio led the Mavs with 14 points, senior Daylynn Thornton added 9 points, and sophomore Caitlyn Miller chipped in 8 points.  Despite the way the season ended, it was a tremendous season led by McCutcheon’s championship senior class of Haleigh Butler, Ashley Griffith, Heather Johnson, and Daylynn Thornton.

In their last home game of the season, the Mavericks Boys Basketball team took to the hardwood to battle the Marion Giants.  Coach Scherer’s team came in riding a 6 game win streak and looked to improve their conference record to 7-0 in NCC play.  It proved to be a tough task with the high-scoring Giants coming into Resler Gymnasium.  Marion’s Jalen Blackmon ended the 1st quarter with a tough fadeaway shot that moved the senior above 2000 points for his career.  Despite Blackmon’s scoring prowess, the Mavs still held onto a 12-8 lead after the 1st Quarter.

The next two quarters saw the Mavs blow the doors off the Giants.  In the 2nd quarter, the Mavs continually found driving lanes that allowed them to score 27 points in the 8-minute stanza. Carrying that momentum out of halftime, the Mavs went on to put 29 more points on the board in the 3rd quarter, much to the delight of the raucous home crowd!  Seniors Joe Phinisee (33 pts) and last week’s ISBCA’s HS Player of the Week, Leyton McGovern (22 pts), threw down several thunderous dunks.  Outside threats Eli Swank (7 pts) and JJ Mallett (6 pts) also found their mark from deep, helping the Mavs go 9-19 (47%) from the 3-pt line. In the end, the Mavs won 88 – 73, improving their season record to 14-2.

It was also the last home basketball game as Principal, for McCutcheon’s John Beeker.  A fact not lost on the Mavericks.  Earlier in the week, Mr. Beeker announced that he will be retiring at the end of this school year.  After the game, the Basketball team presented Mr. Beeker with the game ball and thanked him for his years of dedicated service to students of McCutcheon High School