The Boys McCutcheon Basketball team has had a very strong start to the season, improving to 6 – 1 overall after tallying a pair of big road wins last weekend.  Along with earning a fun bus ride back to McCutcheon each night, the Mavs also received three exemplary sportsmanship reports from the IHSAA officials.  Here’s a quick breakdown of the first boys’ basketball games of 2021:

On Friday, the Mavs knocked off Lafayette Central Catholic 61 – 57.   It was a game of runs with the Mavs riding hot shooting at the start of the game.  The Knights outscored the Mavs big in the 3rd quarter which created a very competitive down-to-the-wire game.  Coach Scherer’s squad mixed up their defensive looks in the 4th quarter and forced Central Catholic into several one-and-done possessions. The Mavs crashed the boards hard and outrebounded the Knights 33 – 20 in the game.  McCutcheon finished the game by hitting some clutch FT’s down the stretch, going 8-11 (73%) on the night. 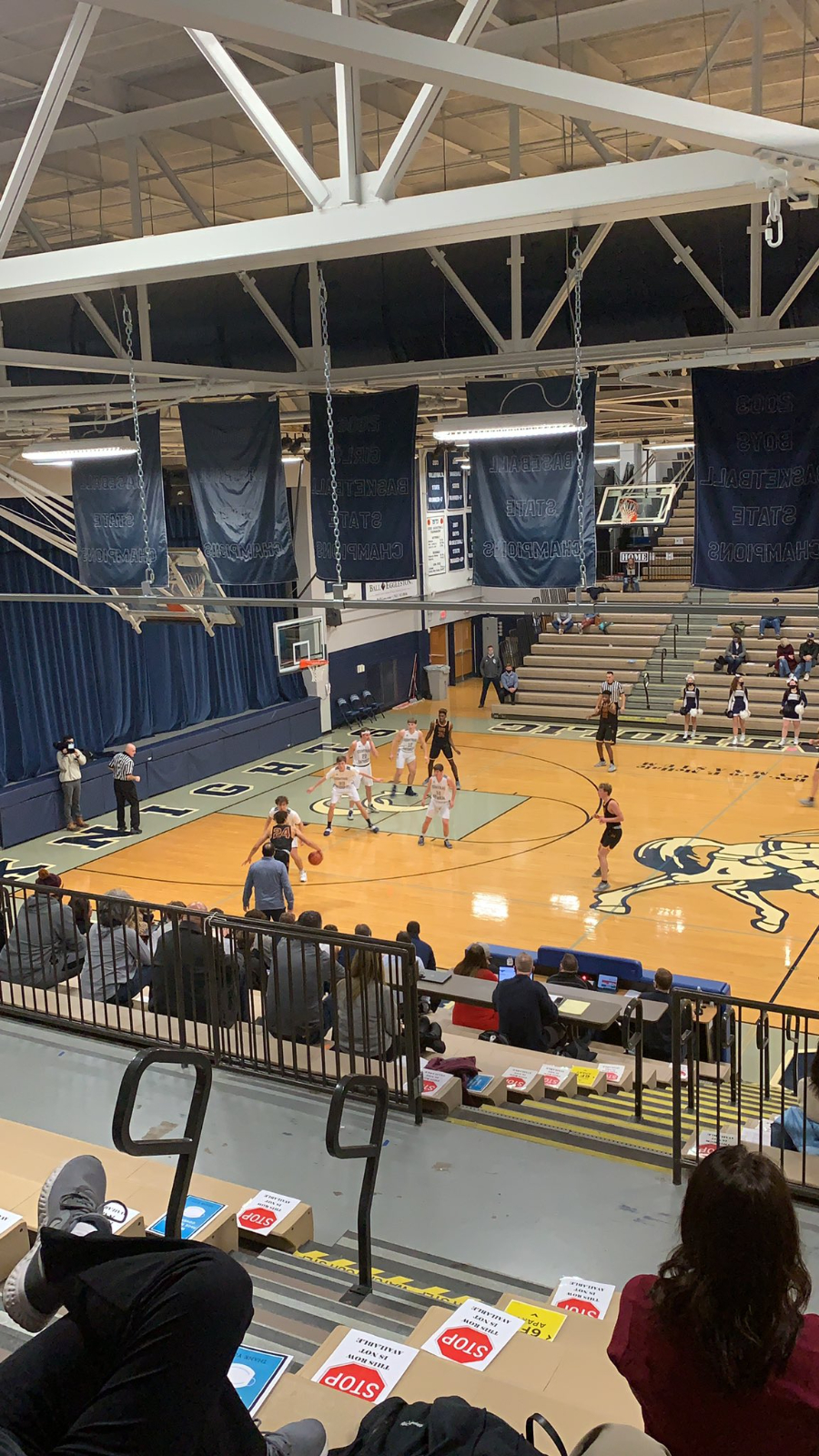 McCutcheon senior, Leyton McGovern also earned an Exemplary Behavior report from one of the game’s officials.  The official’s report to the IHSAA stated, “It was obvious that the McCutcheon coaching staff emphasized sportsmanship within their program.  This young man displayed outstanding sportsmanship and team leadership.”

On Saturday, the Mavs traveled to Frankton for an impromptu matchup with the Eagles that resulted in a 76 – 64 road win.  Originally scheduled to travel to Richmond, the Mavs had to change plans mid-week due to Covid protocols that put the Red Devil basketball teams into quarantine (now rescheduled for Sat. 2.6.21). 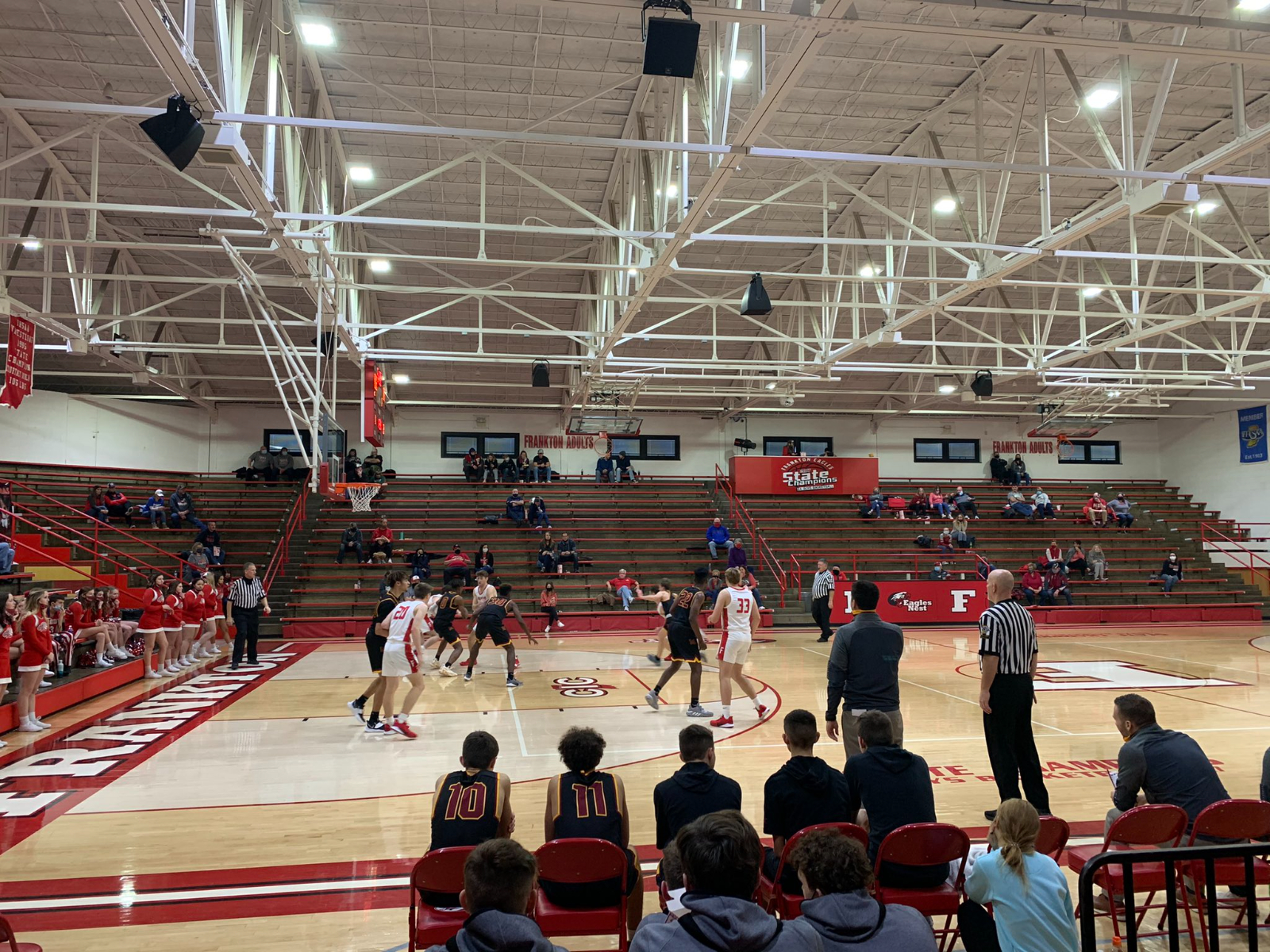 The Mavs started the game hot again, jetting out to a 20 – 10 lead at the end of the 1st Quarter.  The Mavs used pressure defense to force a normally steady Frankton squad into 15 turnovers.  12 of those TO’s were steals by the Mavs that led to several open looks.  On the night, McCutcheon shot 50% from the field and knocked down 9 triples (39% 3pt).  Despite stretching the lead to 19 midway through the 3rd, the Eagles showed a lot of tenacity by climbing back into the game.  In the end, the Mavericks’ defense forced Frankton into too many empty possessions and earned the Mavs a great Saturday road win. 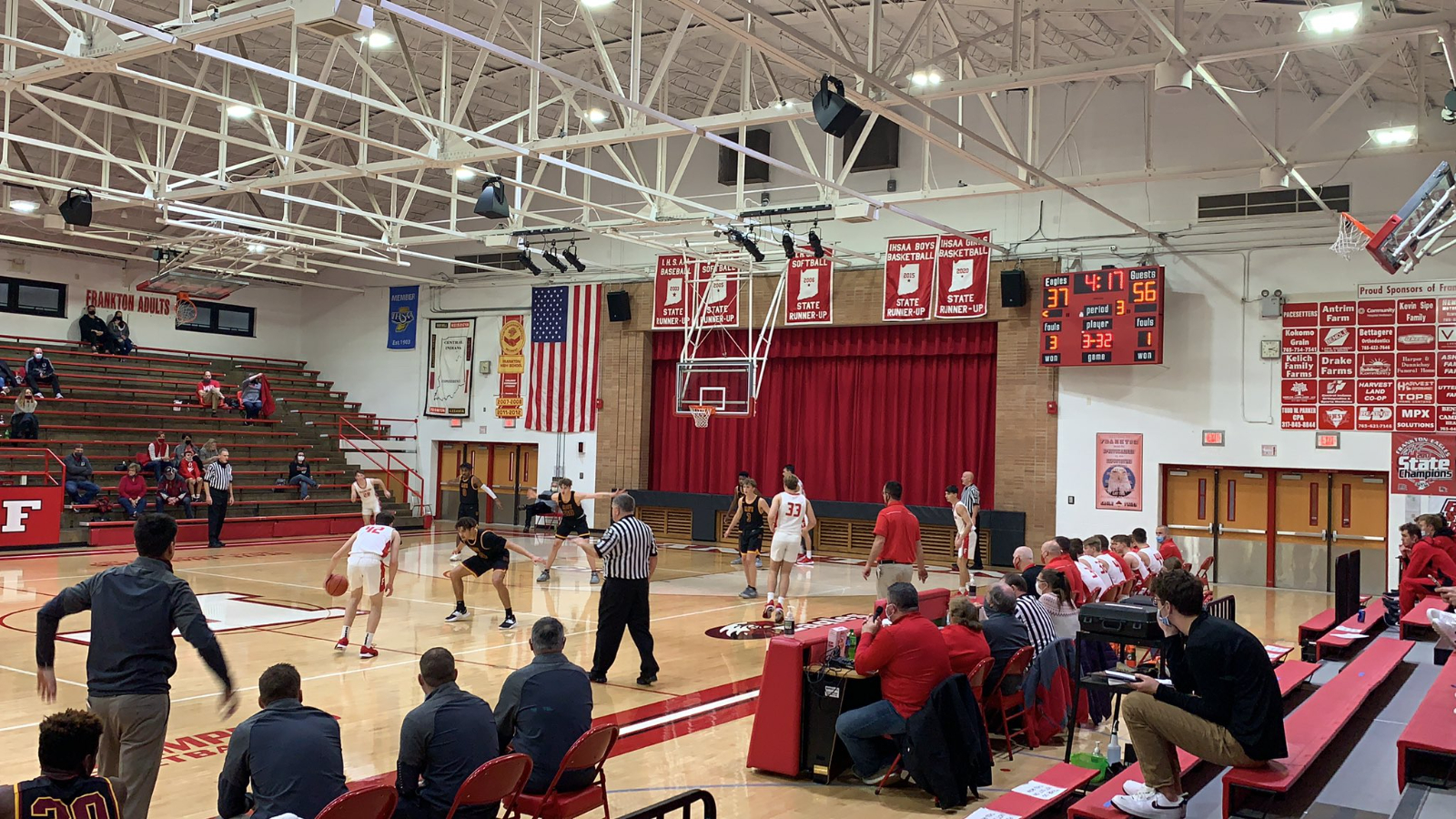 After the game, two of the varsity officials and also the Frankton Head Coach/AD commended the Mavericks’ sportsmanship and on-court demeanor.  A fantastic way to start 2021, Mavs!  McCutcheon will next play host to the Logansport Berries (8 – 3) and then will travel on Saturday night to take on the #9 Zionsville Eagles (7 – 3).   Good luck, Mavs! #MavPRIDE