It was a picturesque late-summer weekend as the weather reminded us that we need to start taking a jacket when heading to watch our favorite Mavericks compete.  Friday and Saturday saw hundreds of Mavericks take to the court, field, and course to test their skills against the best competition in the state.  Here’s a breakdown of all the match-ups: 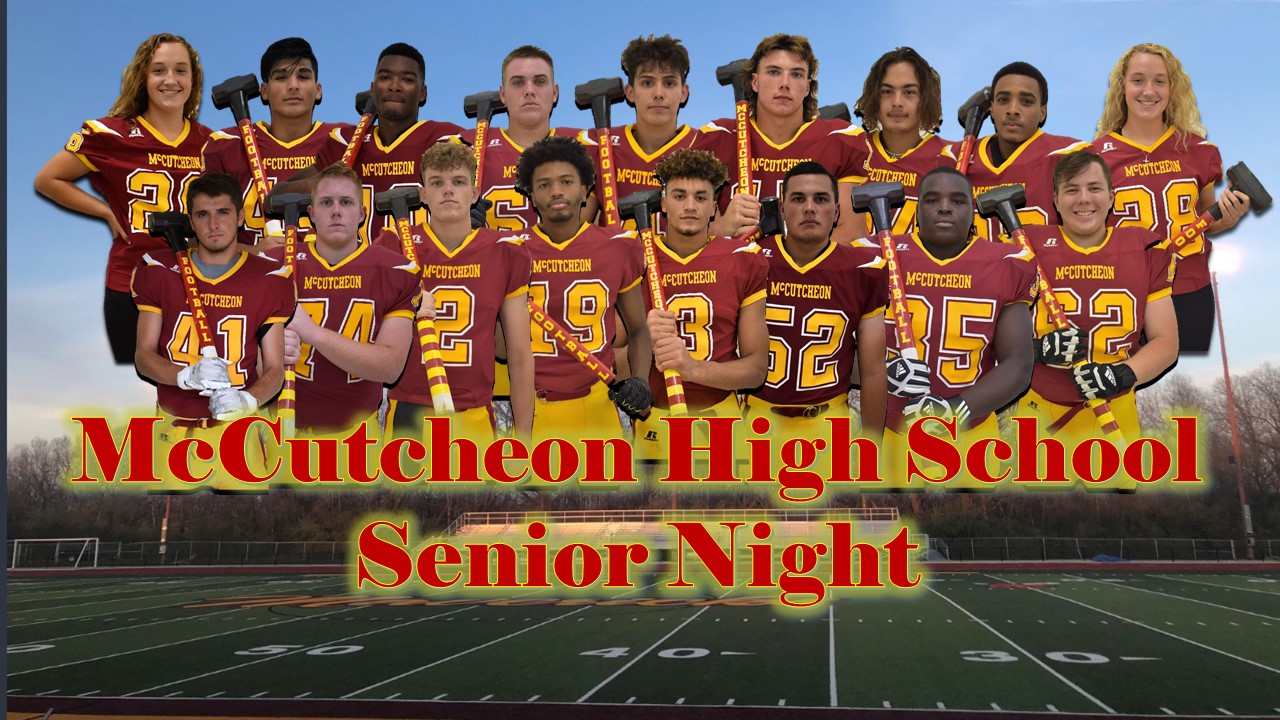 The Mavericks took to the Green for Senior Night versus NCC rival, the Logansport Berries.  Having come up short the first four weeks of the season, the Mavs were hungry to get their first win of the 2020 campaign.  The Senior led Mavs dominated the Berries in their home Cardinal and Gold uniforms, to the delight of the masked-up crowd.  McCutcheon’s defense was stout all night, shutting out Logansport 34 – 0.  Seniors Zaiden Zurfas, Manuel Magallanes, and junior John Schnerre led the defensive charge that forced several TO’s and held Logansport to less than 100 yards of total offense.

Offensively, the Mavs had their highest scoring total of the season, using their ground game to get it done.  Sophomore Brad Gagnon scored on his 1st carry from over 50 yards out, and it was only a taste of what the young RB was going to bring on the night.  All in total, Gagnon rushed for 270 yards and 3 touchdowns.  Senior Leyton McGovern also had a rushing touchdown on the night, something the Mavericks hadn’t done in their previous 4 games.  Sophomore signal-caller, Ethan Smith, was a solid 12-19 for 135 yards and 1 TD connection with junior WR Jadon Lawrence.

The Mavericks look to keep the strong play rolling as they travel to Arsenal Tech this Friday to take on the Titans.  Kickoff is scheduled for 7 PM.  Tickets are only available at the Athletic Office this week.  There will be no tickets at the Tech gate! 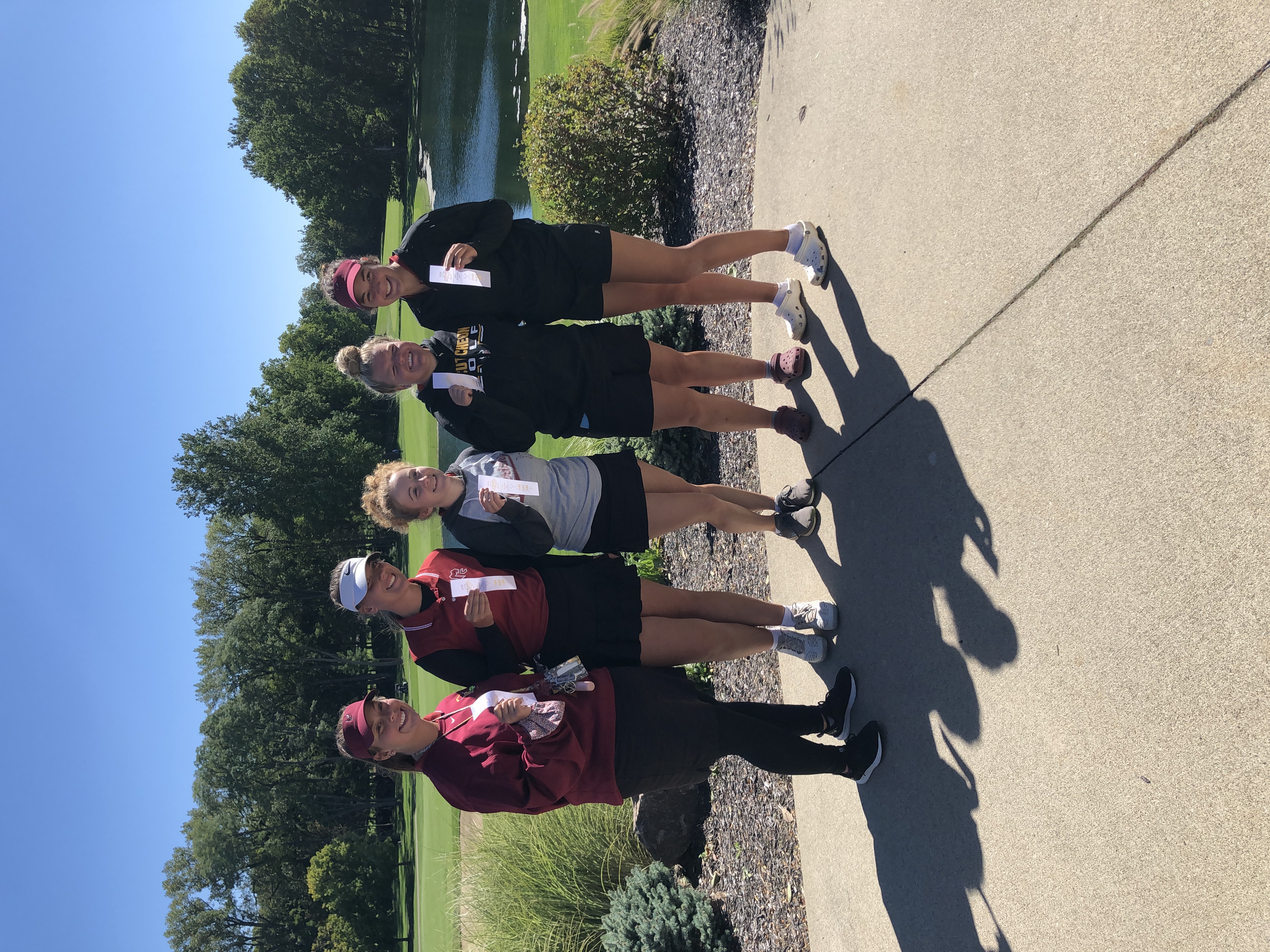 The Lady Mavs had a busy week of chasing the white ball around the course.  With a solid 4th place in Monday’s NCC Tourney, the Lady Mavs kept their good vibes rolling into Sectionals last Friday at the beautiful Coyote Crossing golf club.  The top 3 teams out of the 10 team field in Sectional #5 would move on.  Finding a way to post a solid team score of 404 in the tough course conditions, the girls did just that, placing 3rd overall.  The Regional bound Mavs were led by Hannah Heimbach (99), Kayci Barker (100), Marlee Matz (102), Cat Ingle (103), and Ellie Rose (111).

The Lady Mavs now travel to Battleground Golf Club on Saturday to test their mettle against the Regional field for the 2nd year in a row.  Good luck Mavs!

The Lady Mavs are out of quarantine and playing a loaded schedule here on out.  Last Saturday saw the Mavs travel to Indianapolis to compete in the competitive “Y at TI” Invitational.  First up for the Mavs was a tough matchup with FW Bishop Dwenger.  The Saints’ talented OH, Eva Hudson, was on her game versus the Mavs.  The Notre Dame recruit caught fire and led Bishop Dwenger to a close 1-3 victory over the Lady Mavs (25-21, 20-25, 21-25, 19-25)

There was no time to lick their wounds, as the Lady Mavs next had to play #9 Providence in the consolation game.  The Mavs have a touted OH as well, and Sophomore Chloe Chicoine went off on the Pioneers, recording 29 kills in the 3-1 victory (25-21, 23-25, 25-23, 25-20).  Freshman Allie Shondell lifted 43 assists, and sophomore Raegan Burns led the Mavs with 29 digs.  Senior Natalie Bonilla led the Mavs in blocks, and freshman Bella Humphrey had an all-around match with 6 K, 2 Aces, 15 digs, and 30 serves returned.

Next up for the Lady Mavs is a road match vs Brownsburg on Tuesday.  Keep up the strong play, Mavs!

The Mavericks XC runners had to set their alarms early on Saturday!  The Mavs headed to one of the largest high school athletic events in the country when they traveled to the New Prairie Invitational.  With COVID protocols changing how the format of the race was to be run, and New Prairie being in the Central time zone, it meant the Mavs needed to leave at 5 AM for their races!  The early start to the day ended up being no problem for the Mavs as many runners had their season or career bests on the day. 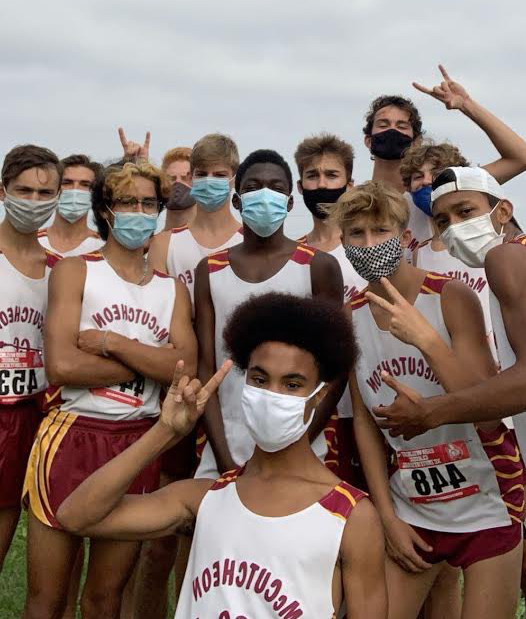 For the Boys, freshman Luke Persin was their “Mav of the Match” with a PR of 18:41.  6 other Mavs had personal bests:  Cory Swick, Keondre Garing, Drew Spenner, Evan Johnson, Noah Yenerich, and Colin Frier.

The Lady Mavs ran well too, placing 12th overall out of 20 in the fast AAAA field.  The Lady Mavs were led by sophomore Olivia Luban, and Senior Ella Kanaby.  The JV Lady Mavs were able to race to a solid 10th place finish in their race.

Next up for the Cross-Country teams is the Golden Bear Invitational down at Shelbyville.  Good luck Mavs!

The Boys tennis team competed in the NCC Tournament this past Saturday.  It was a full day of tennis, with the team playing 3 total matches on the day.  In the end, the Boys placed 7th with 4-1 wins over Anderson and Muncie Central.  The Mavs also lost 4-1 to the Jeff Bronchos.  Next up for the Mavs is a match vs CC tonight.  Head out this Thursday to see the Mavs host Zionsville in their last tune-up before next Wednesday’s Sectional at West Lafayette.