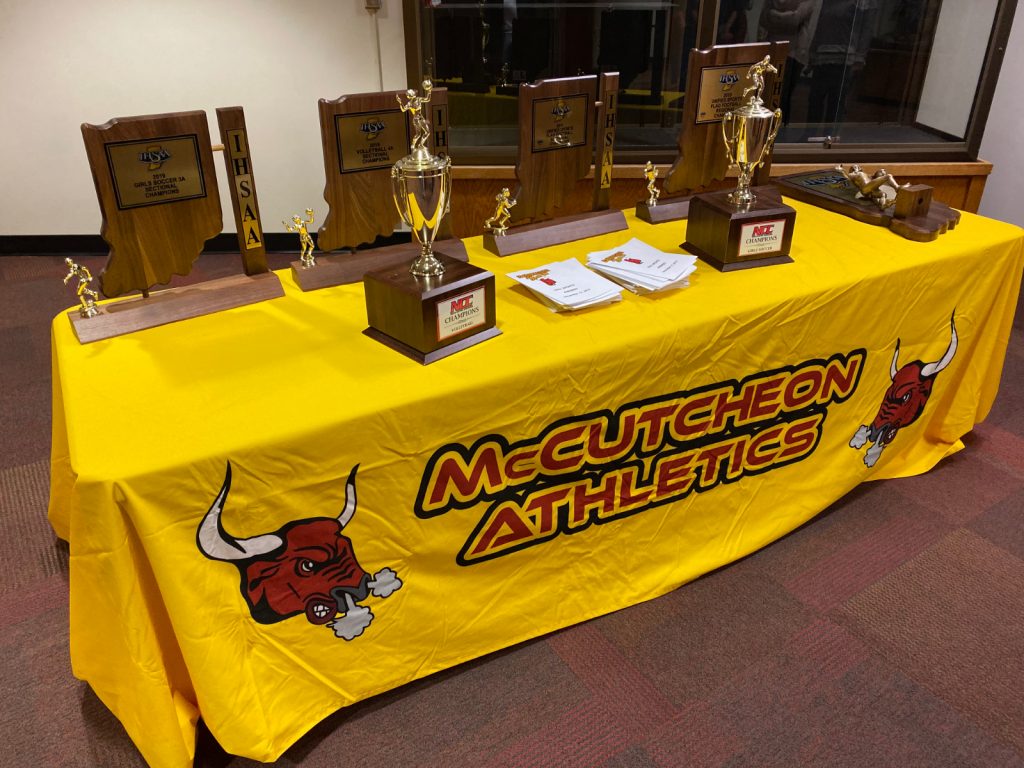 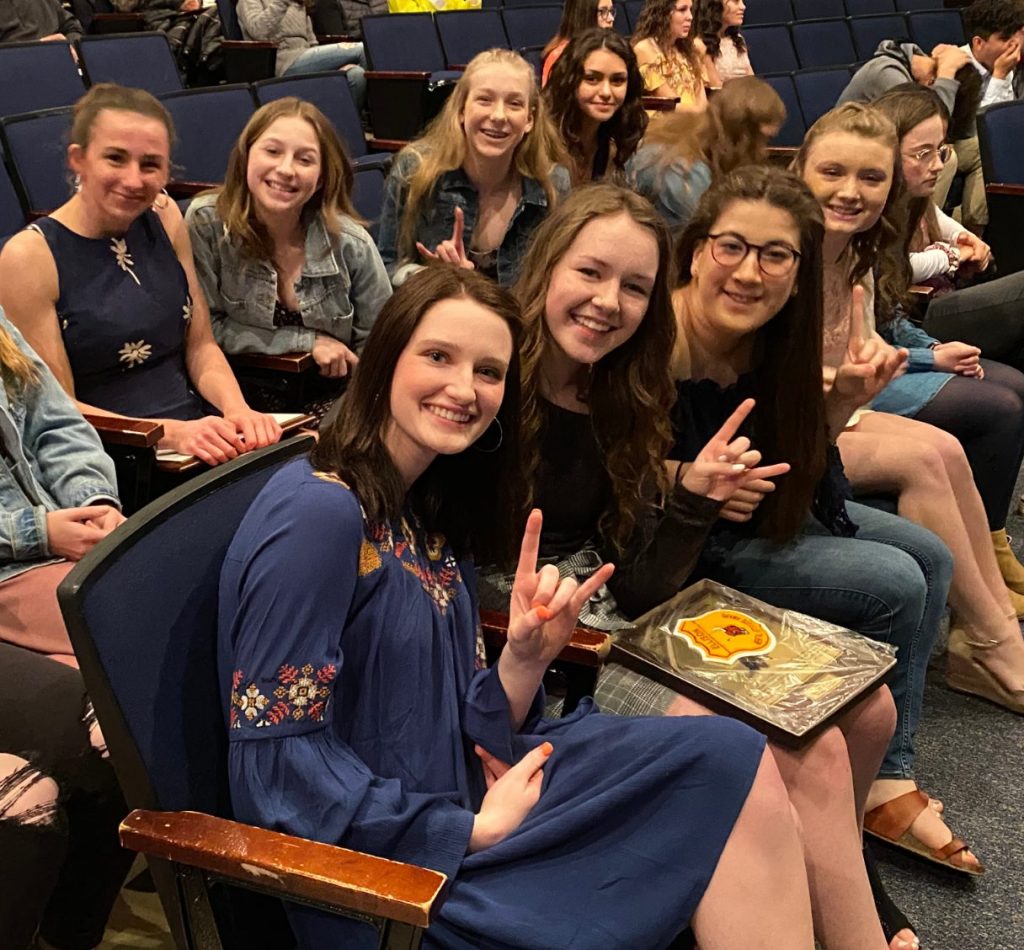 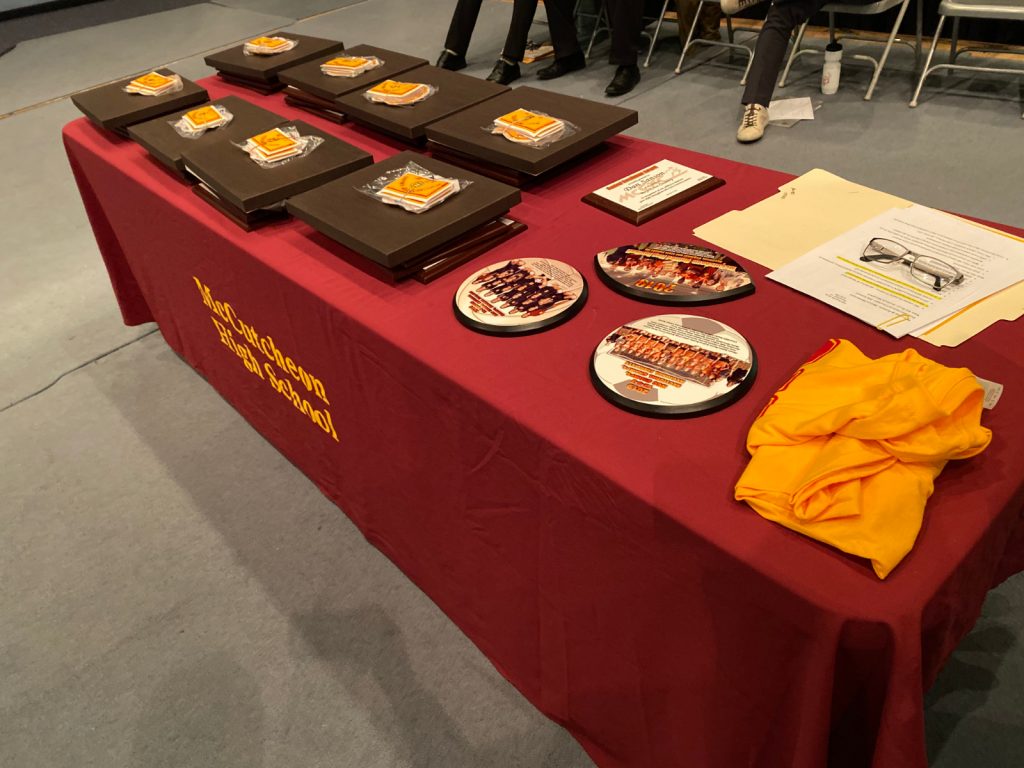 Positivity – Respect – Integrity – Determination – Empathy.  These five values embody the mission of McCutcheon Athletics.  At last night’s Winter Awards program, our student-athletes and their coaches reminded the community about what makes being a Mav so special.  This year’s IHSAA winter sports participants embodied the MavPRIDE spirit, and in doing so, they’ve created a positive culture that is both supportive and successful.  It’s always important to take an evening to honor these fine young men and women and to congratulate them on their accomplishments both in the classroom and on the field of play.  Here’s a quick recap of the evening, and a listing of each team’s Four Major Award winners. 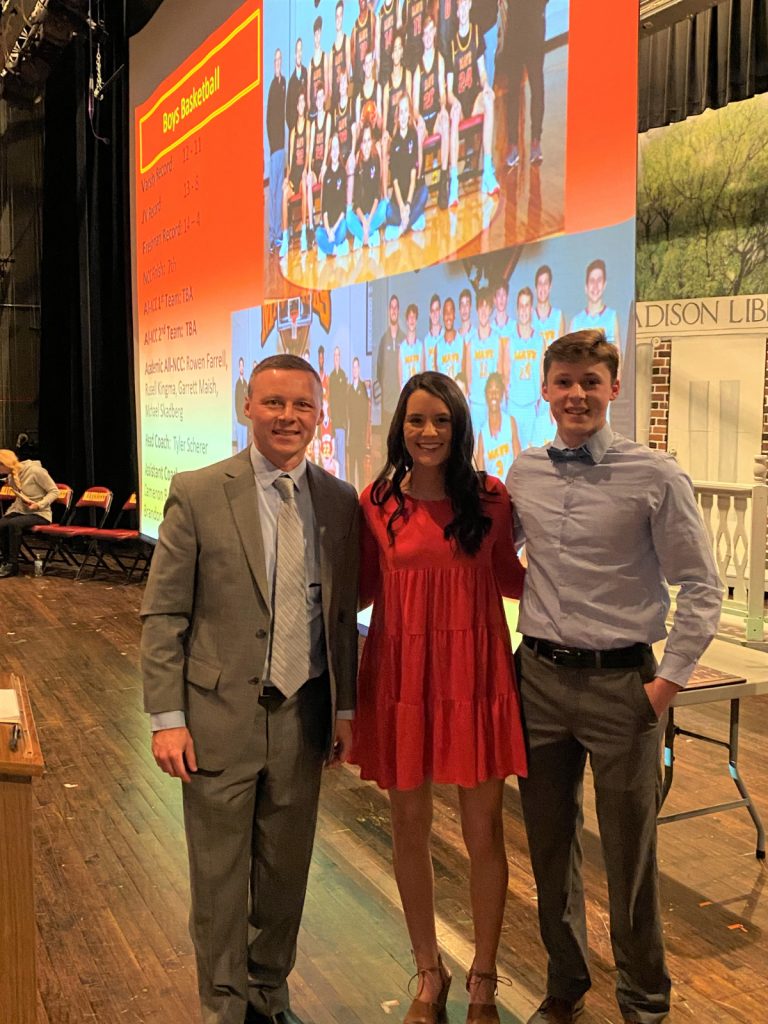 Seniors Brookelyn Coffey and Jonah McCutcheon started the program with the Pledge of Allegiance and an introduction to the winter program.  These two accomplished senior student-athletes were the evening’s emcees and award presenters.  In a nice touch to the program, they introduced each of our head coaches by first reading their “purpose statements” about why they coach high school athletics. 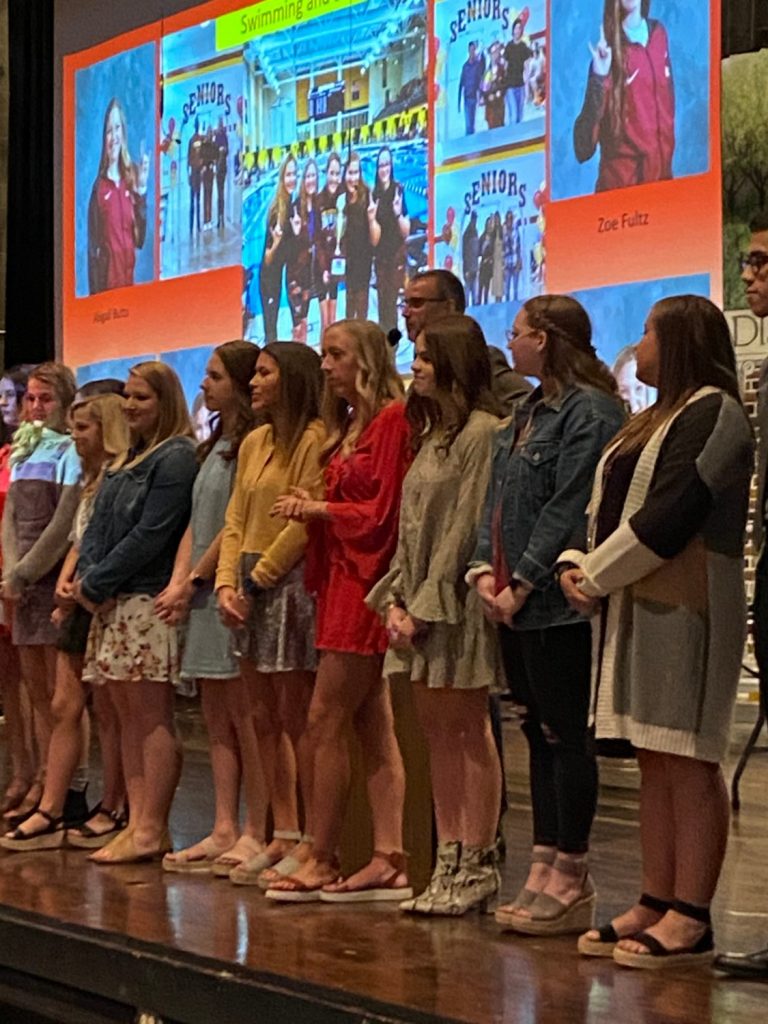 Principal, Mr. John Beeker, then had the seniors take the stage to be honored as a class of dedicated student-athletes.  17 members of the senior class earned Academic All-Conference this year.  This winter season’s average GPA for all varsity teams was a lofty 3.55.  The Girls Basketball team led the way with an impressive team average GPA of 3.87!  Athletic Director, Mr. Ryan Walden, also recognized our NCC Co-Coach of the Year winners, Andrew Chorpenning & Christina Landrum (Girls Swimming and Dive) 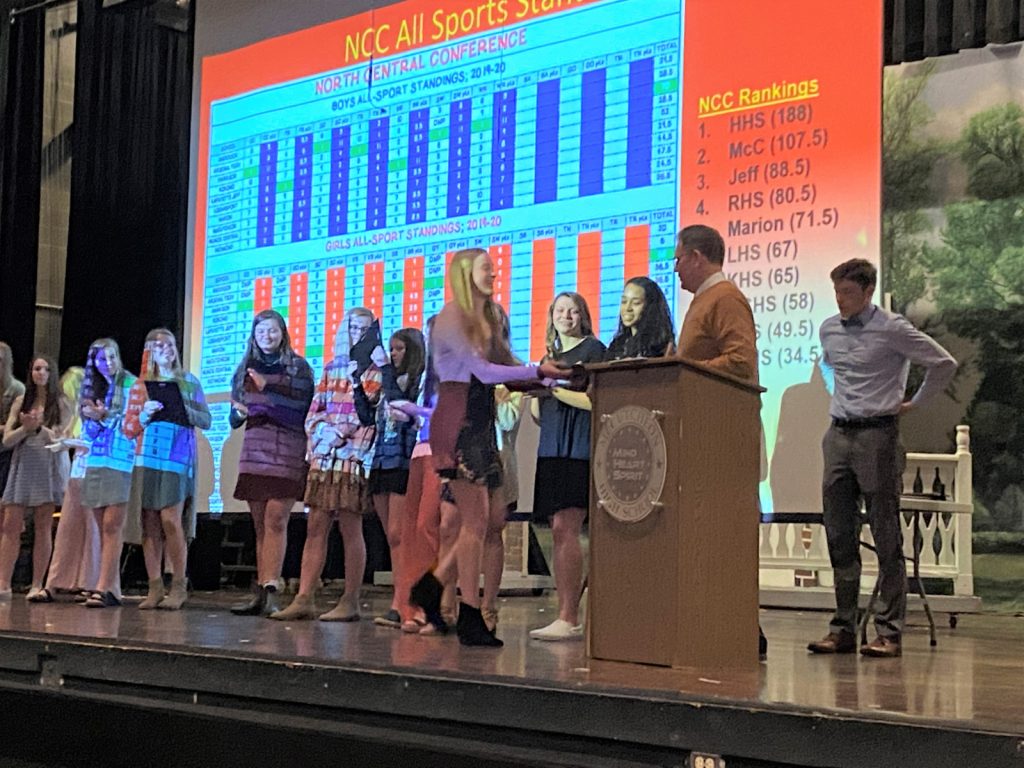 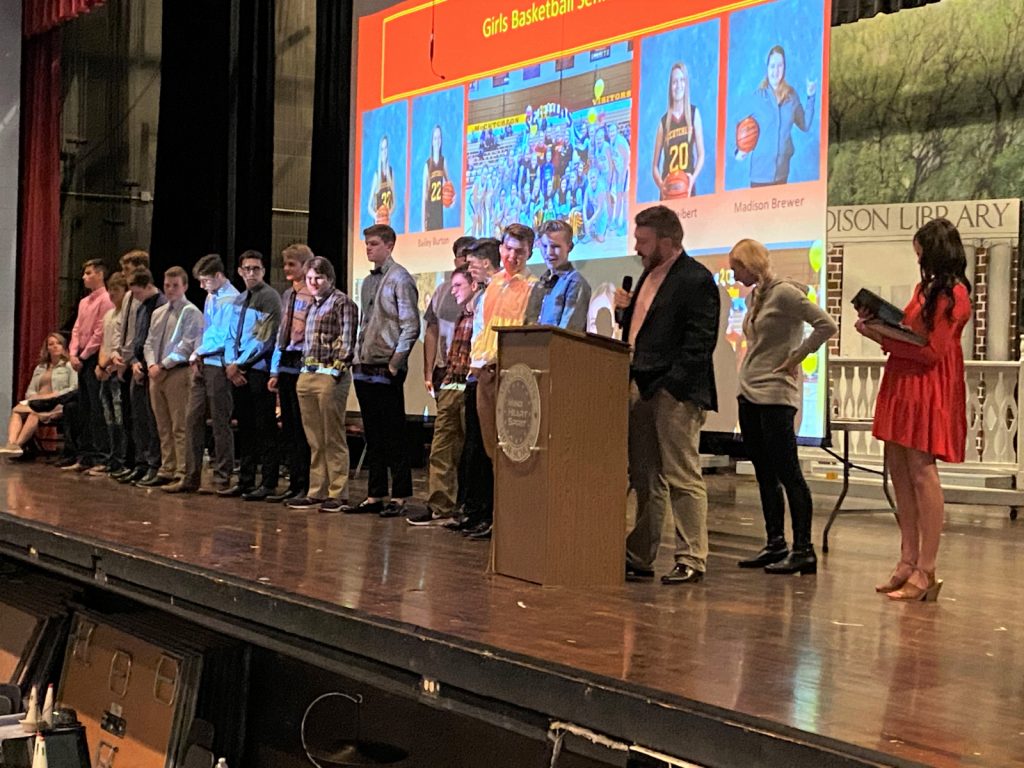 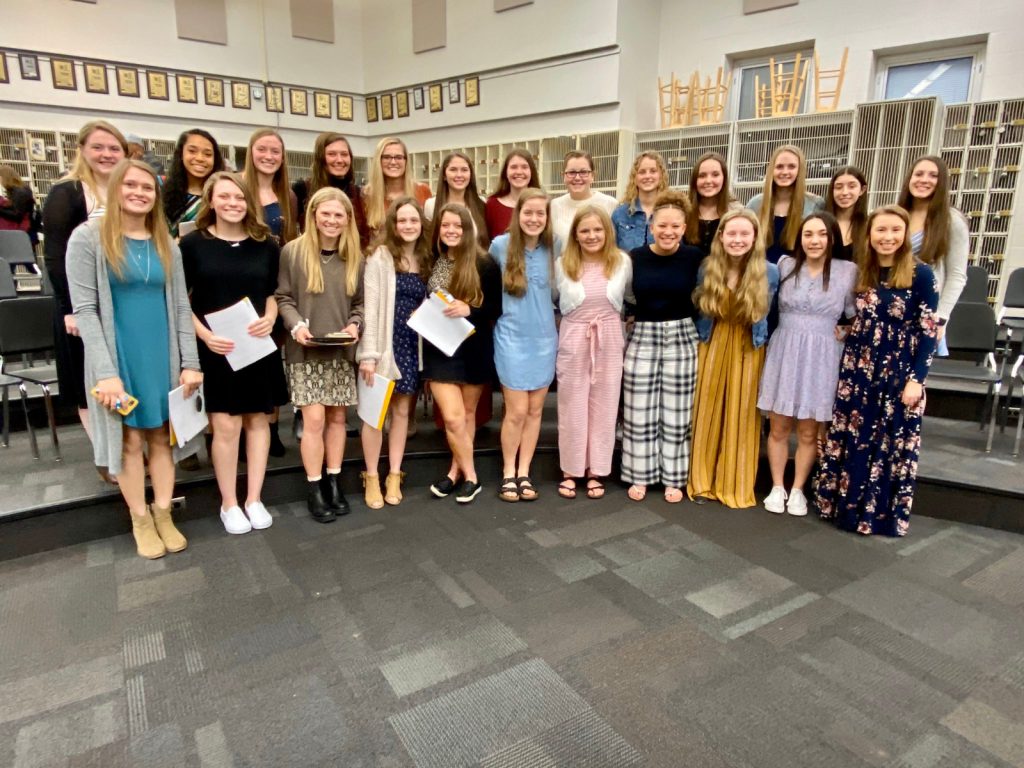 The Head Coaches of each winter sport then had the opportunity to award their (4) Major Awards for the evening; Most Improved Player, Most Valuable Player, Sportsmanship Award, and the David Ellison Mental Attitude Award.  Here are this year’s winter awards recipients: 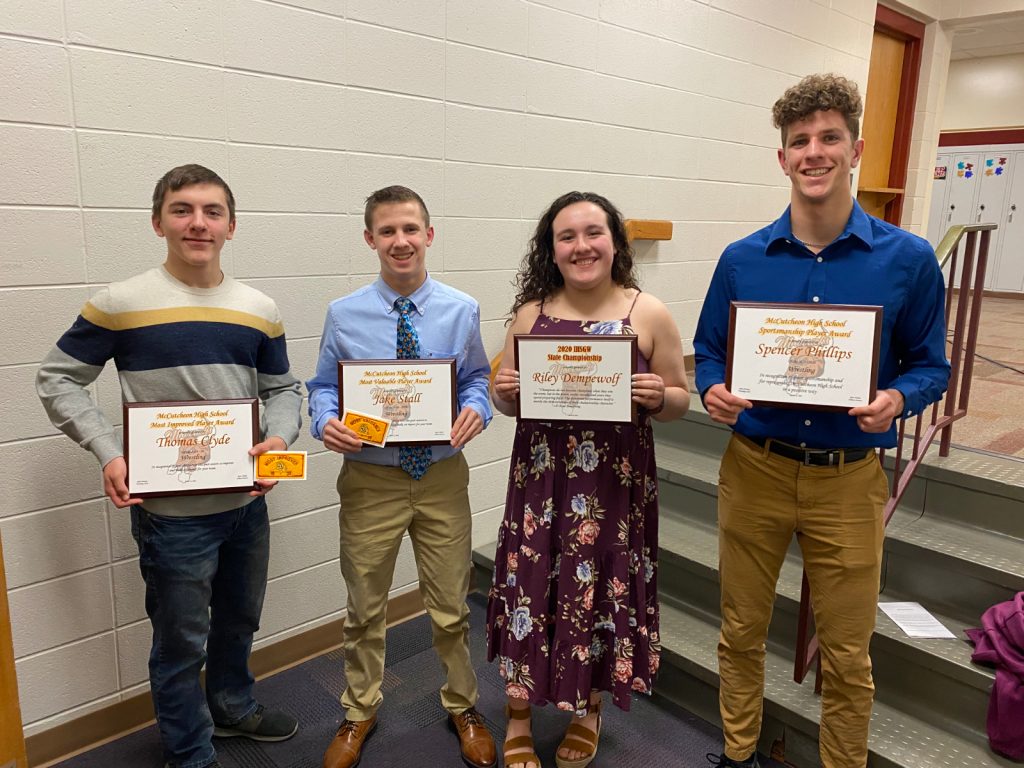 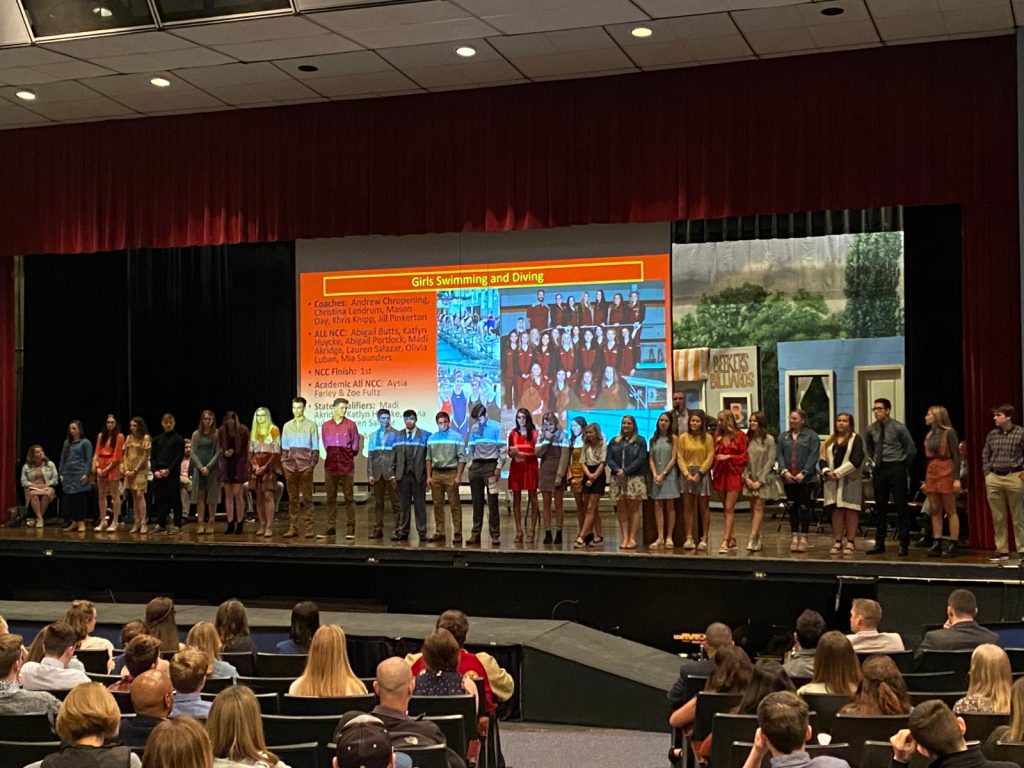 Simply put, it was a great night to be a Mav!