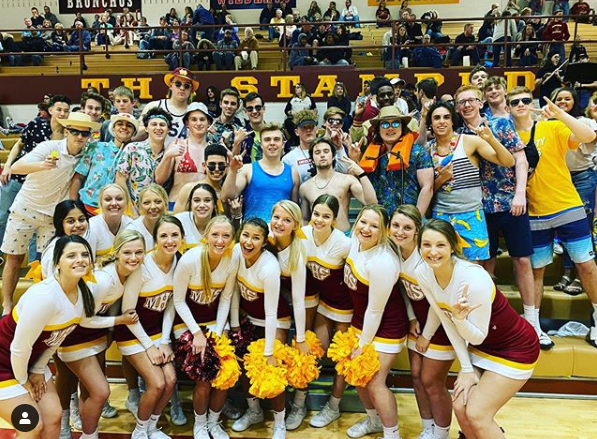 The Zionsville High School natatorium was packed to capacity for what was expected to be a fast and competitive Swim and Dive Sectional.  A week after seeing the Girls 200 Freestyle Relay race down at State, the boys’ team knew nothing but their best was going to make it out of the loaded IHSAA Sectional #12 field.  While the host Eagles took the team trophy, the Mavs represented themselves well by moving 5 Swimmers on to next weekend’s State Championships.  Led by Porfi Vasquez’s stellar day, the 200 Medley Relay team of Vasquez, Bradley Blanchard, Zach Weathers, and Jonah McCutcheon broke the school record that they had previously set at this year’s NCC meet with a time of 1:37.43.  Junior Chase Merrell joined up with Weathers, McCutcheon, and Vasquez to also qualify in the 200 Freestyle Relay with a 2nd place time of 1:27.48.

As previously mentioned, Porfi Vasquez had an incredible meet, qualifying for State in all four events he competed in.  Porfi touched the wall 2nd in the 100 Butterfly to punch his State ticket, but had an incredibly fast race in the 50 Freestyle.  Using an excellent kick off the wall on his turn, Porfi barely took a breath en route to a Sectional victory with a time of 21.55!

The 5 Mavs that are headed to State will be racing in Friday night’s Prelims.  The top 16 times move on to race at Saturday’s Finals.  Good lucks, Mavs!

Seniors Sabrina Robison and Mackenzie Carrico participated in the NCC Gymnastics Championships this past Saturday morning.  There was plenty of energy in the Logansport Gymnastics complex, with high levels of athleticism being put on display.  With only two healthy gymnasts competing, the team trophy was not in the cards for this year’s McCutcheon team.  However, Robison and Carrico performed at a very high level and placed McCutcheon 5th overall.  The beam was Robison’s best event where she placed 6th.  Carrico also placed 9th in the beam and 8th on the uneven bars, which put her in 10th place in the All-Around competition.  The competitive meet was a great tune-up for next week’s IHSAA Sectional at Noblesville High School.  Good luck, Seniors!

The basketball team hosted NCC rival, the Muncie Central Bearcats this past Friday night.  The Bearcats had been playing well, as of late, despite their 8-12 overall record.  They only lost their last two NCC games to Harrison and Marion by a combined 6 points.  McCutcheon has also been playing well but found themselves 0-2 so far in the month of February.  The Mavs rode the hot hand of walking highlight reel, freshman Dra Gibbs-Lawhorn to secure a 66 to 58 NCC win.  Gibbs-Lawhorn led all scorers with 21 points 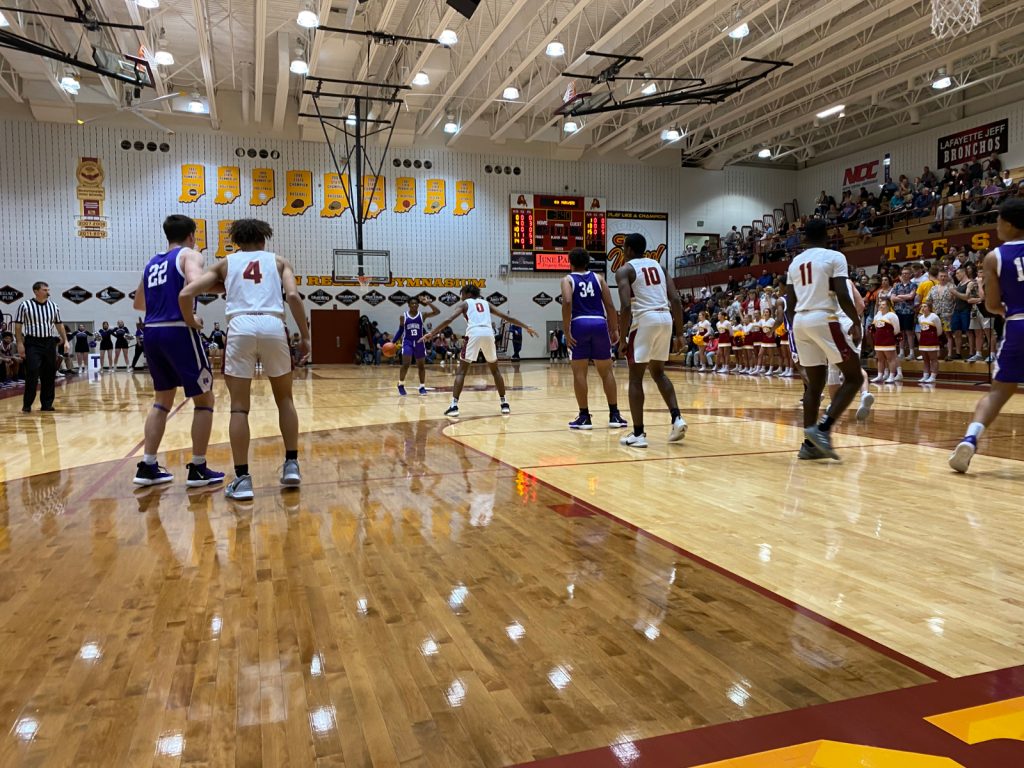 Junior Joe Phinisee consistently was able to handle the Bearcat pressure and had no problems getting to the hoop. His paint touches forced the Muncie Central defense to rotate off of McCutcheon shooters, which helped senior Rowen Farrell get some open outside looks.  Farrell took advantage, scoring 14 on the night.  Phinisee stuffed his own stat line with 15 points, 5 rebounds, and 5 assists.

Senior Mason Douglas had been struck with the flu bug but made a valiant attempt to play.  With Douglas sidelined, junior Alan Bernardez and senior James Mallet had to step up their game on the boards.  The two combined for 10 rebounds and Mallet also scored a steady 14 points on the night.  On the season,the Mavs remain undefeated (3-0) when they have 4-scorers in double figures.

Saturday night, the Mavs headed up I-65 to take on the Crown Point Bulldogs.  The Clint Swan coached Bulldogs had won 8 out of their last 12 games before their match-up with the Mavericks.  The hot shooting from Gibbs-Lawhorn and Farrell carried over from Friday’s contest, with the two combining for 44 total points.  Farrell led all scorers with a season-high 24 points.

The basketball team will host Lake Central next Friday for our Winter Sports Senior Night.  We hope to see you all out there at 7:30 PM!