Congratulations to Mavericks, Halle Neibert and Spencer Phillips, as they have been named our American Family Insurance Ashlie Adsit McCutcheon Student-Athletes of the Week! 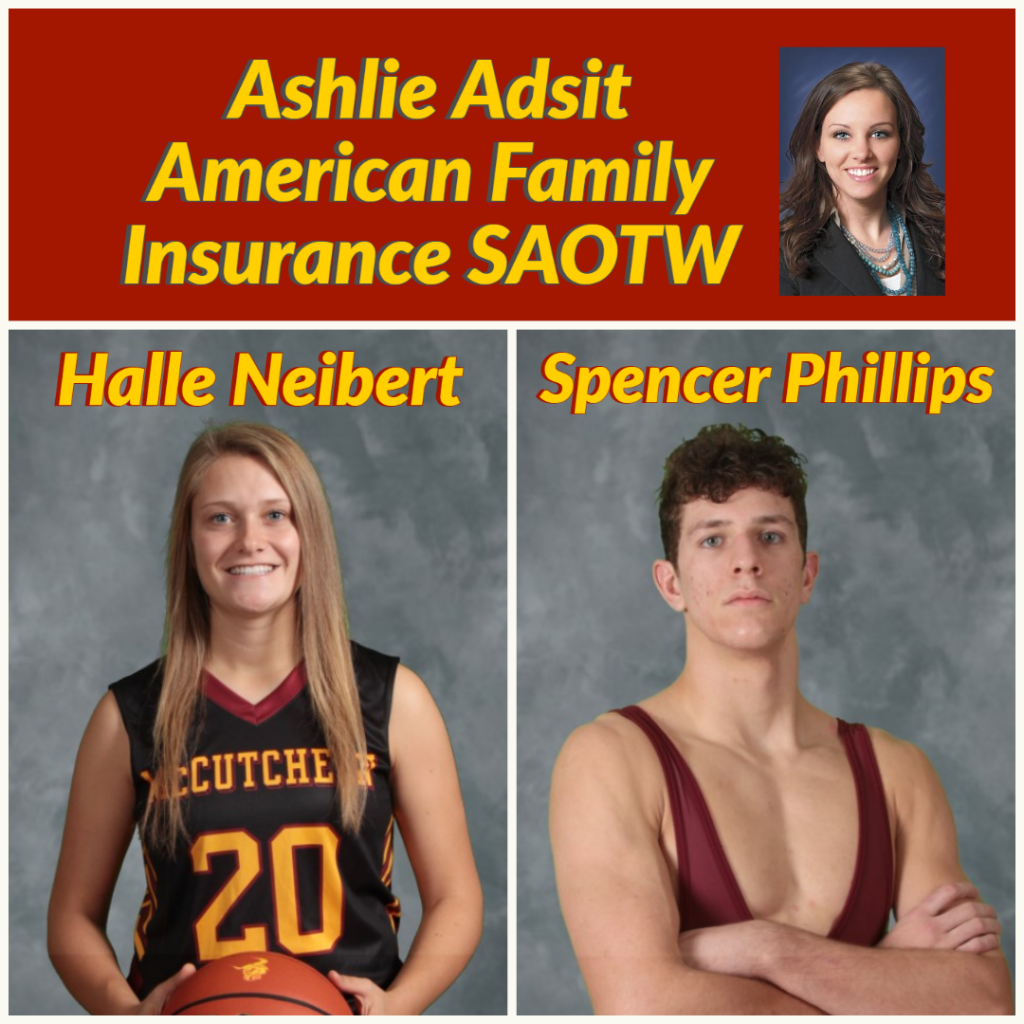 Halle, a senior on the Basketball team, recently helped lead the Mavericks to a runner-up finish in last weekend’s Sectional.  In the Lady Mav’s big first-round upset over Harrison, Neibert collected a career-high 14 rebounds.  Along with her work on the glass, Coach Knoy also lauded Halle’s hustle plays that led to several added McCutcheon possessions.  Neibert followed up that performance with a 7 point – 7 rebound game vs. Jeff in their Semi-Final victory.

Halle also excels in the classroom, as well, where she carries a 3.56 cumulative GPA!

Spencer, a junior on the Wrestling team, recently captured the 170-lbs title at the Logansport IHSAA Regional.  Phillips captured the Regional crown with a resounding pin of Anthony Ball from North White. The Finals match lasted all of 60 seconds.  With the win, Phillips improved his record on the year to an impressive 35-1.

Spencer also excels in the classroom, where he carries a 3.97 cumulative GPA!

Congratulations to Halle and Spencer!  Keep up the great work in the classroom, on the court, and on the mat!