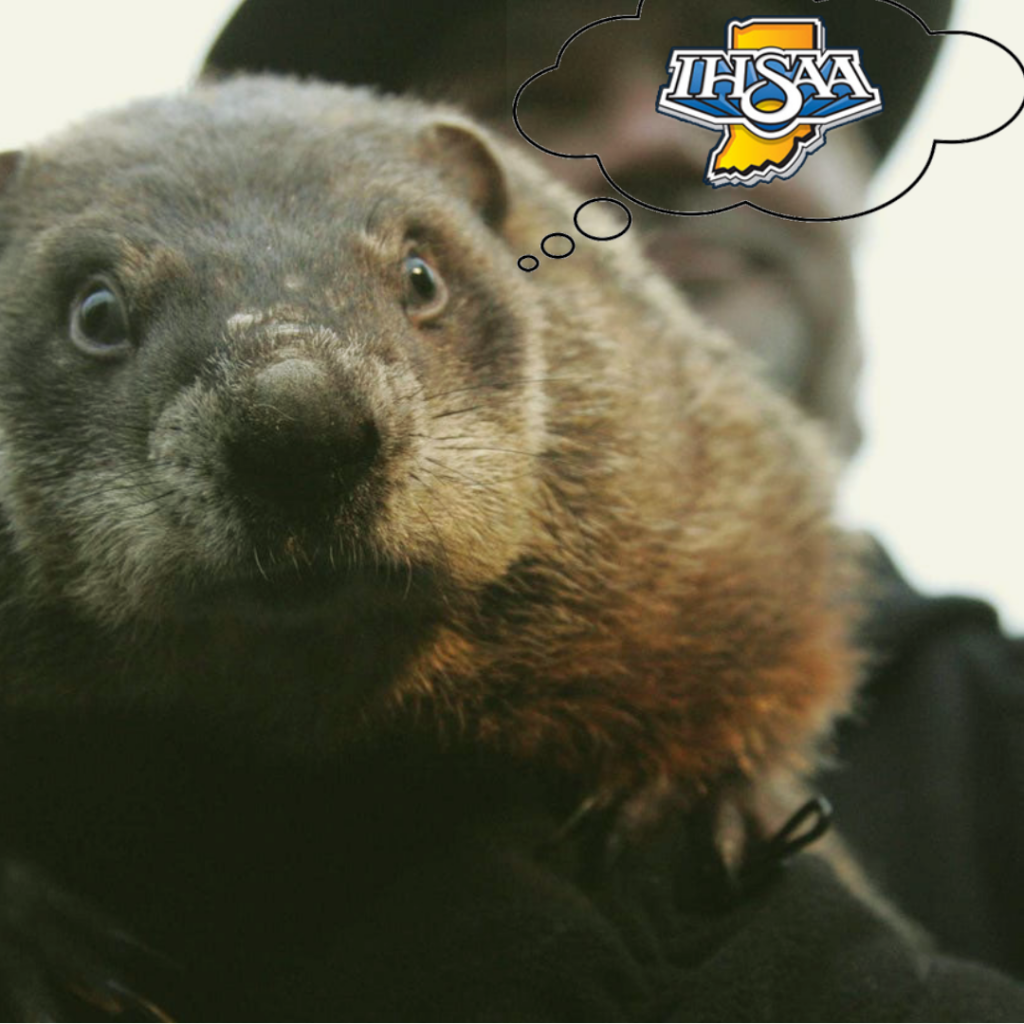 When the Groundhog pops out of his hole on February 2nd, it’s more than a seasonal weather prediction, it’s also a sign that IHSAA Sectionals are set to begin!  This past weekend, the McCutcheon Wrestling team grappled at the Lafayette Jeff Sectional for the right to extend their season. This week, the Girls Basketball team and the Girls Swim & Dive teams are on tap to test their metal in post-season competition.  Before looking ahead too far, we need to first recap all of the last week’s action.  Here’s your Monday Maverick Round-Up:

The wrestling team took to the mats at Lafayette Jeff’s Crawley Center in hopes of cashing in on all their hard work.  It was a deep and competitive field at this year’s IHSAA Sectional #8 tournament.  The Mavs wrestled well on the day finishing 3rd as a team and sending 7 wrestlers total to this Saturday’s Logansport Regional: Jeremiah Robles (4th – 126 lbs), Garson Matney (3rd – 132 lbs), Mason Toth (2nd – 285 lbs), Brad McCain (3rd – 120 lbs), and Daniel Hughes (4th – 160 lbs).  The Mavs also had two Sectional Champions:  sophomore Jake Stall (106 lb) and junior Spencer Phillips (170 lbs).

The Regional Wrestling action in the Berry Bowl starts Saturday (2.8.20) at 10 AM.  Good luck Mavericks!

The Mavs hosted two games this week and came away winning both by an average of 32 points.  The offensive production was welcomed with the healthy returns of seniors James Mallett and Rowen Farrell.

On Tuesday night, the Mavs hosted the Clinton Prairie Gophers.  The Chad Peckingpaugh led Gophers came to Resler Gymnasium with 12 wins already under their belt, and a lauded defensive team that was holding their opponents to less than 38 points per game.  However, the healthy Mavs came out hitting shots and made sure to leave no doubt that they were going to come away with the win.  The balanced Mavs were led by Farrell’s 13 pts, junior Joe Phinisee had 12 pts, and freshman Dra Gibbs-Lawhorn chipped in 11 pts.  The win saw the Mavs have 3 scorers in double-figures for the first time this season.

On Friday night, the Anderson Indians made the trip to McCutcheon for an important NCC match-up.  With the Mav Stampede in full force for Pajama Night, the Maverick Basketball team didn’t disappoint the home crowd with a resounding 77 – 43 conference victory.  Going into the game, the Mavs were only averaging 52 points per game.  Dialing up the defensive pressure on Anderson allowed the Mavs to parlay some steals and long rebounds into easy transition buckets.  Dra Gibbs-Lawhorn led all scorers with an even 20 piece, helping to improve the Mav’s record to 9-8 on the season

Next up for the Mavs is another NCC showdown vs #4 Lafayette Jeff.  The game tips this Thursday at 7:30 PM at LJHS Crawley Center.

On Thursday night, the Lady Mavs loaded up the bus again to face some Red Devil’s, this time at Pike High School.  Not intimidated by Pike’s 23 Indiana All-Star jerseys up in the rafters, the Lady Mavs still had something to prove in their last regular season match-up.  The Lady Mavs also played at full strength for the first time all year with the addition of sophomore Teresa Maggio in the starting line-up.  Having extra help at the guard position was pivotal for the Coach Knoy led squad who faced an in-your-face press for much of the night.  The newcomer, Maggio, put up an impressive 21 points in her first action of the season and junior Daylynn Thornton added 19 points herself to lift the Mavs to a 61 – 47 win over Pike.

The Lady Mavs next head to the Berry Bowl on Wednesday for a 6 PM Sectional match-up versus the Harrison Raiders.  Tickets are available at the door.

The Lady Mavs Gymnastics team headed to Chesterton on Saturday for the Trojan Invitational.  Sabrina Robison placed 6th in the all-around, and Mackenzie Carrico placed 1tth.  It was a very competitive field that prepared the Lady Mavs Gymnasts for their upcoming meets at Logansport High School. 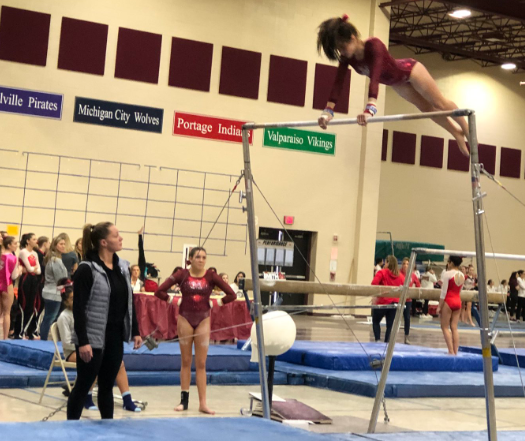 The Unified team had two inter-quad games on Friday.  First was a fun-filled game during the school-wide Pep Session.  With over 1800 students in attendance, Resler Gymnasium was packed with supportive and excited Unified Basketball fans.  It was the perfect warm-up for the teams inter-squad game prior to the Boys game vs Anderson.  The Unified team scored plenty of buckets and reminded us all about true sportsmanship and love of the game! 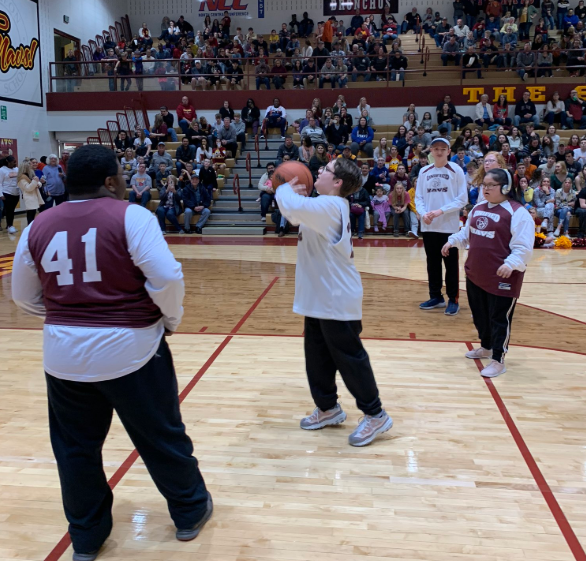