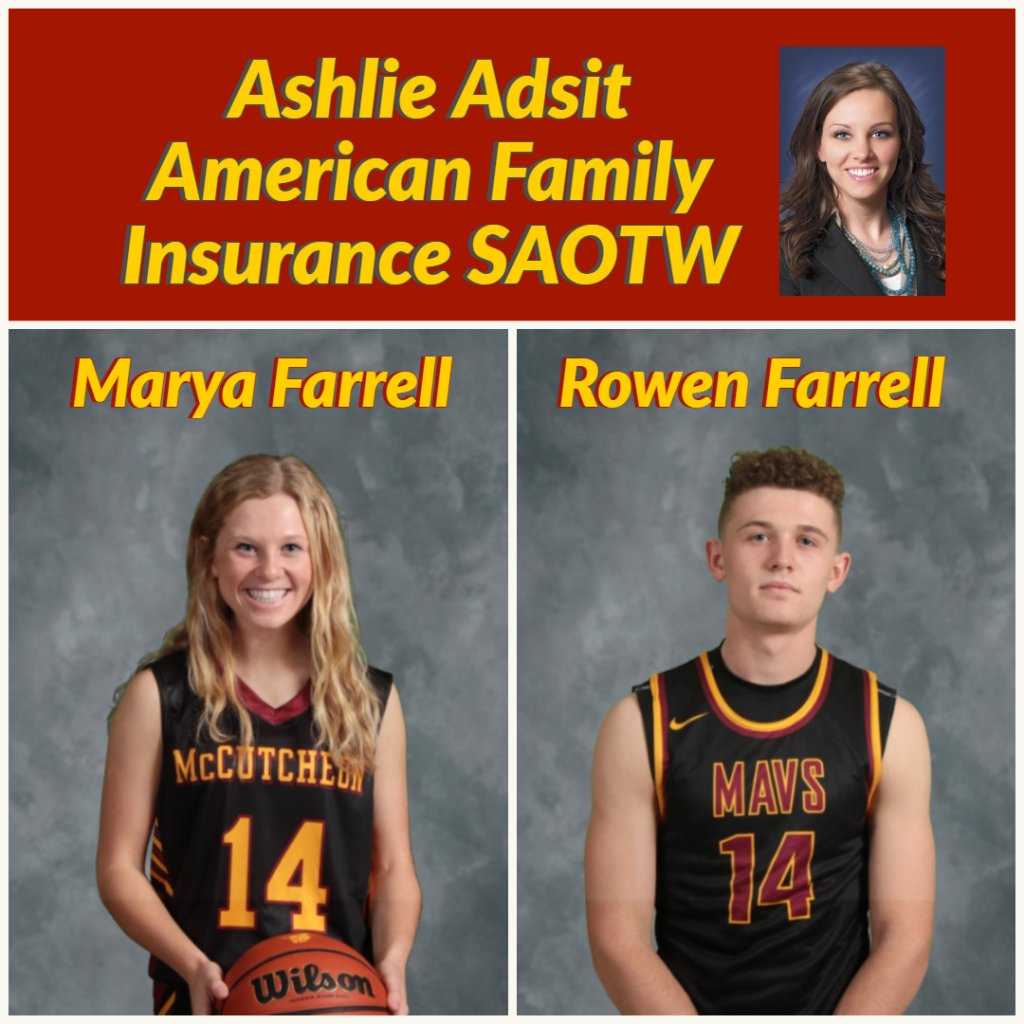 Congratulations to the brother and sister duo of Marya and Rowen Farrell as they have been named our American Family Insurance Ashlie Adsit McCutcheon Student-Athletes of the Week!

Marya, a sophomore guard on the Lady Maverick’s Basketball Team, helped lead her team to a 2 – 2 finish at last weekend’s competitive Lake Central Holiday Tournament.  In the Saturday morning win versus a one-loss Munster team, Marya tallied 8 points while playing lock-down defense on their top scorer. In the afternoon win versus Lake Station, she led the Mavs in scoring with 11 points while holding the Fighting Eagle’s top scorer to only 4 points.  Marya has also garnered praise from several IHSAA officials for her continued sportsmanship and positive attitude.

Marya excels in the classroom, as well, where she carries a perfect 4.0 cumulative GPA!

Rowen is a senior guard for the Boys Basketball Team.  In mid-June, tragedy struck the 3-year letter winner right before his senior year.  During a summer scrimmage, Rowen tore the ACL in his left knee.  Rowen’s positive demeanor and relentlessness in his rehab gifted him the opportunity to play in the Mav’s last three games over Winter Break.  Not coincidently, the Mavs are on a 3-game win streak.  In their last win over NCC foe, the Arsenal Tech Titans, Rowen scored 10 points, pulled down 5 rebounds, and nabbed 2 steals.

Rowen also excels in the classroom where he carries a 3.6 cumulative GPA!

Congratulations Marya & Rowen!  Keep up the great work in the classroom and on the court!

No Events This Week

Events are added by athletic staff.
View All Events