Senior John Shambaugh, and doubles partner junior Gavin Dardeen, have recently been enshrined as McCutcheon’s first All-State boys tennis players.  The duo’s run to the State Quarterfinals was the farthest any Maverick tennis player has made it in the State Tournament.  The only doubles grouping that stood in their way was the eventual State Champion partners of Lamada/McNamer from Carmel.  Along with the All-State honors, the doubles team also earned 1st Team All-NCC and 1st Team All-District titles.  Winning the Sectional and the Regional propelled these two talented Mavericks to a sterling 20-0 record heading into the State Finals at Park Tudor High School. 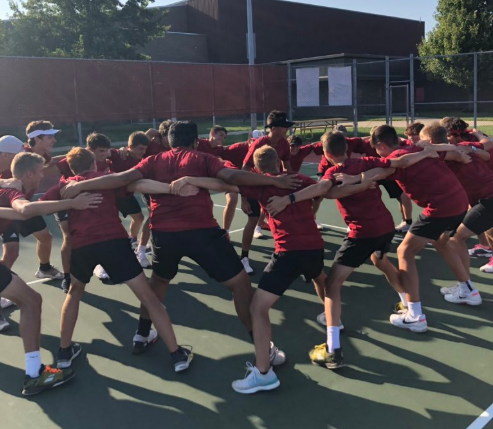 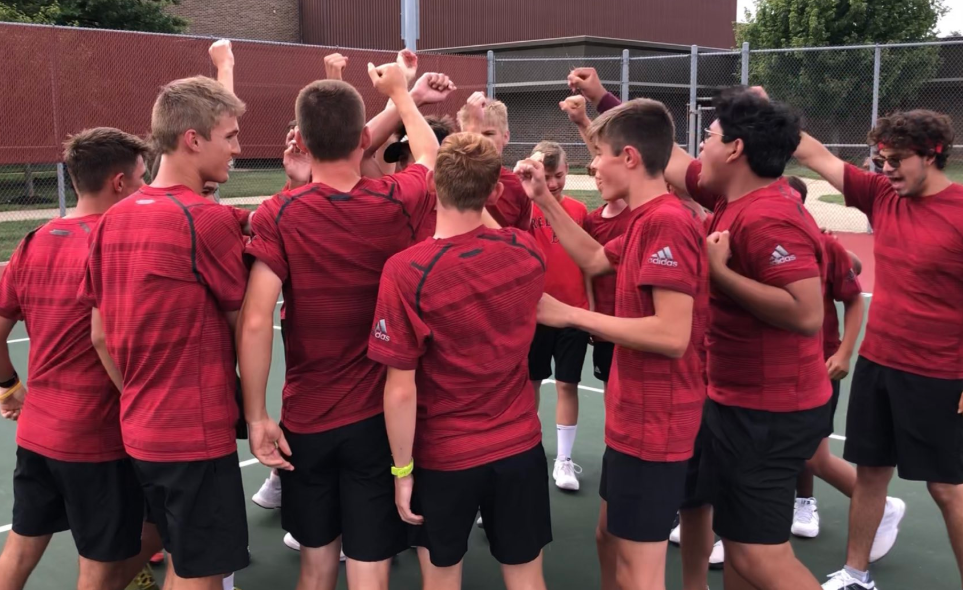 Dardeen played most of the season as the team’s #1 Singles player, with Shambaugh carrying his weight at the #2 Singles spot.  Towards the latter half of the season, the team decided to try the pair out in Doubles competition.  They promptly went on to win the Jeff Booster Invitational.

Fellow Senior, Joe Sanson, had been playing very well at the #3 Singles spot, but with Dardeen and Shambaugh pegged as the new #1 Doubles team, Sanson took on the role as the team’s new #1. Sanson’s willingness to sacrifice his post-season run earned him the team’s David Ellison Mental Attitude Award.  Dardeen’s hard-hitting serves earned him the Team MVP award (65-8 career record), and Shambaugh’s athleticism and cool demeanor under pressure earned him the team’s Sportsmanship award (29-2 record this season).  Junior Finn Devlin saw a drastic improvement in his game, garnering him the team’s Most-Improved Player award.

Congratulations to John Shambaugh, Gavin Dardeen, the McCutcheon Tennis program, and to their supportive family and friends!