Rangers, lead the way.  The United States Airborne Rangers have adopted this creed to exemplify their willingness to do whatever it takes to protect our Nation and its citizens.  Army Rangers will express this motto of, “Rangers, Lead the Way” when saluting a commanding officer, to which the Officier will respond with, “All the Way!” Army Sergeant Kyle Osborn (1986 – 2012) embodied the Rangers’ altruistic mindset of true servant leadership when he gave the ultimate sacrifice during a battle outside of Muger, Afghanistan on 9.13.2012.  He was 26 years old. 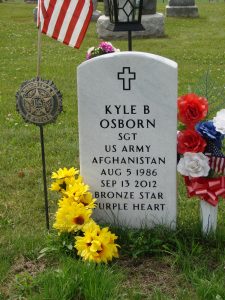 Sgt. Osborn was a 2005 McCutcheon high school graduate.  A strong work ethic and wonderful sense of humor were instilled in him by his Gold Star parents, Creighton and Miriam Osborn.  McCutcheon faculty still remember Kyle fondly, and point to him as being the shining example of our own motto of “Mind, Heart, and Spirit.”  In high school, Kyle (nicknamed “Ozzy”) was a multi-sport athlete who was a Maverick running back and wrestler.  In class, he was a creator and builder who had a penchant for mathematics and design.  This led him to study Civil Engineering at Minnesota State University.

The dutiful calling to serve his country was strong with Sergeant Osborn.  “This was his destiny,” Creighton Osborn has said about his son. “God put him on this earth to be a Soldier in the Army. That’s a fact. We can look back now and see that.” Kyle’s bravery on the battlefield earned him two of the highest decorated honors a soldier can earn, a Bronze Star and a Purple Heart.

In the years since his passing, the Osborn family has continued to commemorate Kyle’s legacy through their philanthropic work with today’s veterans.  During this year’s Kyle Osborn Memorial Duals, the Gold Star family will be selling purple shirts in honor of Sgt. Osborn’s mission to Lead the Way.  All proceeds earned from this year’s Kyle Osborn Memorial Duals will go towards funding therapy dogs for wounded veterans in Kyle’s name.  Kyle’s mother, Miriam, has said that “not all wounds are so visible,” so these therapy dogs can also be of service to the soldiers who are dealing with the mental trauma of PTSD. 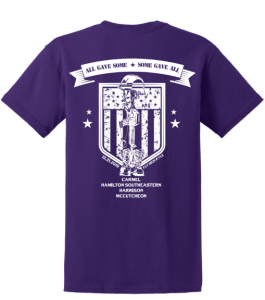 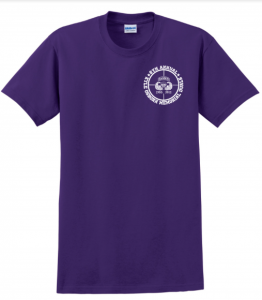 The Kyle Osborn Memorial Duals will be a 4-way match with Carmel, Hamilton Southeastern, Harrison and McCutcheon.  The wrestling begins this Saturday (12.21.19) at 9:30 AM.  Come out to McCutcheon’s Resler Gymnasium in support of the Mav Wrestling team and the Osborn Family!