The Boys and Girls Basketball teams competed this past weekend in the first Boy/Girl double-header of the season vs the Kokomo Wildkats.  It was a wild weekend of hoops, with the boys’ team playing in back-to-back buzzer-beating contests.  Here’s a recap of all the action: 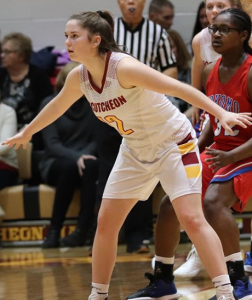 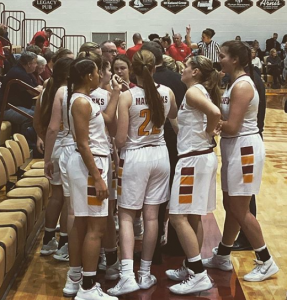 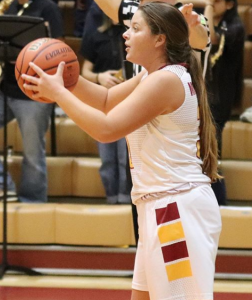 The Lady Mavericks started off Friday’s doubleheader with a resounding 69-31 win versus Kokomo.  The Mavs were led in scoring by Daylynn Thornton’s 12 points.  It was a balanced attack for the Mavs with freshman Caitlyn Miller adding 10 points, while sophomore Marya Farrell chipped in 9 on 3/4 from 3-point range.  Heather Johnson led the team with 7 rebounds.

Overall, the Maverick’s defensive pressure was too much for the WildKats, who only shot 24% from the field.  The Mavs also forced 21 WildKat turnovers; scoring 18 points off those Kokomo miscues.
The win improved the Lady Mavs record to 5-4 overall, 2-1 in the NCC.
The JV lost in a very competitive, up-and-down game, 38 – 32. The JV Mav’s leading scorer was Daja Shepard with 9. Sierra Rostron added 6. The Mavs led 24-22 after 3 quarters, but couldn’t hold on as Kokomo’s loaded offense scored 16 in the fourth.
The Lady Mavs take the court tonight at Lafayette Jeff.  JV tips at 5 PM, with Varsity at 6:30 PM.
Boys Basketball
The Boys’ Basketball team had a competitive weekend, playing host to Kokomo on Friday and Covington on Saturday.  Both games came down to the last possession. 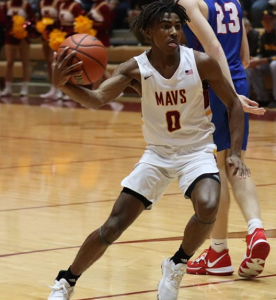 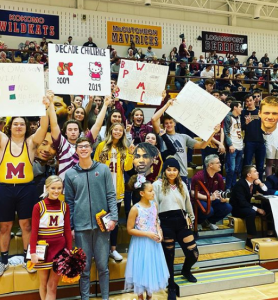 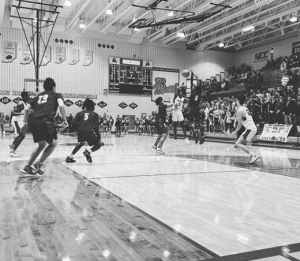 Friday night, the Mavs led the WildKats early on, jumping out to a 15 – 7 1st Qtr lead.  The WildKats then sunk into a 2-3 zone that slowed the Mavericks offense down, making it a half-court possession game.  At the end of the half, the Mavs trailed 26-24.  The 3rd Qtr saw a scoring outburst from freshman guard, Dra Gibbs-Lawhorn.  The highly skilled frosh scored 8 consecutive points at the end of the 3rd and start of the 4th quarter, which saw the Mavs regain the lead.  Gibbs-Lawhorn led all scorers with a career-best 30 points on the night.  Fellow guard, Joe Phinisee added 14 points as the only other Maverick in double digits.
The game saw many lead changes throughout the last stanza, with what looked to be a game-winning putback for the Mavs from senior forward, Mason Douglas.  However, with the Mavs leading 48-47 with 12 seconds left on the clock, the WildKats were able to run a play that resulted in the game-winning bucket.  The Mavs defensively were able to hold Kokomo to less than 39% shooting, and less than 50 total points, but the free-throw line was their ultimate undoing.  McCutcheon missed the front end of three 1-and-1 opportunities in the final quarter.
The Mavs rebounded from Saturday’s loss with a big win vs a talented and ranked 1A Covington Trojans team, 57-54.  The Mavs were led again in scoring by Gibbs-Lawhorn’s 21 points and 7 rebounds.  Early on in the contest, it was the Joe Phinisee show, with the junior guard getting to the rim almost at will.  Phinisee ended the night with a total of 16 points.  Fellow junior, Payton Fulk also contributed a balanced stat line of 7 points, 4 rebounds, 5 assists, and 3 steals. 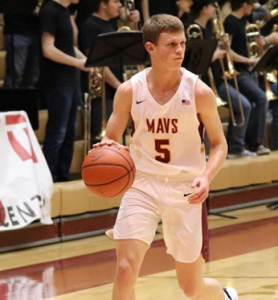 The Trojan’s normally hot outside shooting wasn’t there on Saturday, with Covington only connecting on 5-20 attempts from beyond the arc.  The Mavs switched up their defensive looks throughout the night which forced Covington into an uncharacteristically high 16 turnovers. 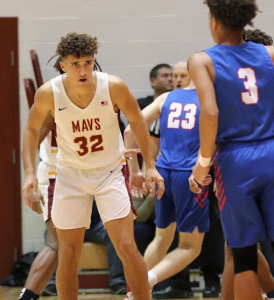 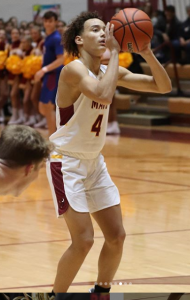 The final play of the game saw the Mavs come out of a timeout with the game tied 54-54.  Coach Scherer drew up a play that allowed Dra Gibbs-Lawhorn to drive the baseline, and the Mav’s leading scorer was able to put the game away with an And-1 bucket that only left 0.9 seconds on the clock.  McCutcheon survived Covington’s desperation heave to improve their record to 3-3 on the season.
Next up for the Boys Basketball team is a highly anticipated match-up with the Harrison Raiders.  The Mavs will host the Raiders this Friday night at Resler Gymnasium.  The Girls will start the night’s triple-header at 6:00 PM.  The MHS and HHS Unified Basketball teams will compete in the penultimate match-up, with the Boys teams taking the court at 8:00 PM.
May
17