Saturday, McCutcheon took on a “thank u, next” attitude towards their competition, as their post-season dreams lived on well into the beautiful fall evening with each victory bringing them closer to the dream of a State Championship.  Unified Flag Football, Girls’ Soccer, Volleyball, Cross Country, and Boys’ Tennis were all facing win or go home competition.  In true Mav fashion, each student-athlete gave their all for the team.  And in the end, they all came away with a greater understanding that no matter the outcome, it’s all been worth it.

Your Maverick flag footballers took to Grand Park’s indoor stadium to face the talented Mooresville Pioneers for the IHSAA Champions Together State Championship.  The Mav’s were inspired and motivated to give their all after the Champion’s Walk send-off they received at school on Thursday.

The State Championship game started off well for the Mavs, who took an early 8-0 lead!  Mooresville, however, was able to use their size to play the ball downfield and took a 14-8 lead for themselves.  The Mavs would trail through the rest of the game, always staying within one or two scores.  Their opportunity to take the lead happened with less than 6 minutes left in the game trailing by only a touchdown.  The Mavs intercepted a long Mooresville pass and looked to score the decisive touchdown.  However, that touchdown never came to fruition as the Mavs threw an ensuing interception.  The final score ended with a 60-44 win for the Mooresville Pioneers.

Everyone that left the field that day felt encouraged by the sportsmanship and class shown by all the participants.  Once again, the Unified student-athletes reminded us all about the true meaning of sports.  Even though the Mavs and Pioneers received different trophies, they let it be known that they are all Champions Together! 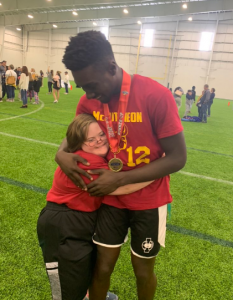 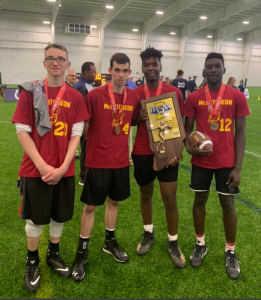 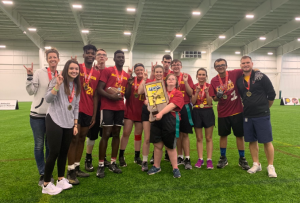 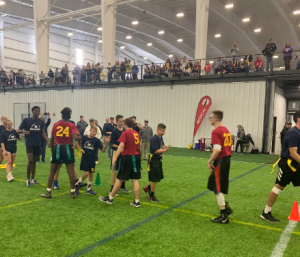 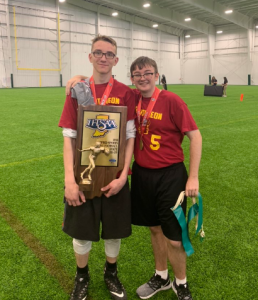 The Lady Mavs soccer team took to Logansport for one of the more competitive Regionals in the State.  First up for the Mavs was a matchup with the #9-ranked Spartans of Homestead High School.  Homestead was a defensive juggernaut all season, with 8 shutouts and an incredible 72-16 goals for/against ratio.  However, none of those regular-season numbers mattered in post-season play.  The back and forth contest was on the edge of your seat action.  Both teams barely missed scoring opportunities, and the defenses were aggressive in their tackling.  One particular series of action told the story of the match.  With 22′ left in the 1st half, Homestead and McCutcheon both had goals wiped off the board due to offsides calls.

There was a frenzy of physical action late in the scoreless game.  Keeper Autumn Hogue made several key saves and was able to keep the shutout intact.  The two overtime periods came and went, setting up another post-season shootout for the Lady Mavs.

After a couple of brilliant saves by Autumn Hogue and 4 on the money shots by seniors Kendra Brewer, Brittany Crowe, Ashley Craig, and Evalin Hair; the Mavs found themselves moving on to the evening’s Regional Championship Match!

The evening’s game was a matchup with the undefeated and #1 ranked Noblesville Millers.  The Millers showcased why they are the favorites to win this year’s title.  The Lady Mavs fought gallantly through the end but came up short 5-0.  The NCC and Sectional Champs represented the school and their community with the utmost distinction, and showcased their #MavPRIDE throughout the year!

The Boys and Girls Cross Country teams both qualified for the Benton Central Regional.  With a perfect day to run 3.1 miles, the Mavs took to the course with a desire to literally run further into the post-season.  The Lady Mavericks qualified for Semi-State with a 4th place finish at the Regional. Top finisher for the Mavs was Ella Kanaby with an 8th place finish and a 20-minute busting time of 19:49! Boys’ McCXC finished 3rd overall at the BCRegional, advancing to Semi-State for the 14th consecutive season. Damian Sanchez, Josh Persin, and Luke Milsaps earned All-Regional honors. 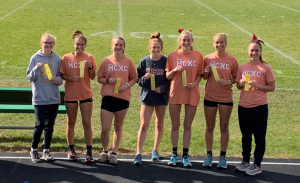 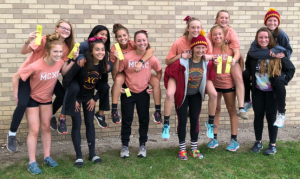 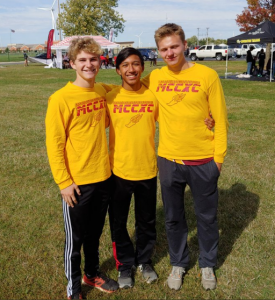 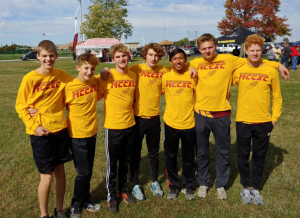 Semi-State will be this Saturday at a familiar course for the Mavs…New Prairie High School.

The #7 ranked Lady Mavs volleyball team ironically hosted Sectional #7 this week, and were heavy favorites.  After winning last weekend’s NCC Championship, each match-up for the Lady Mavs had a trap game feel to it, as every team in this year’s sectional was from the North Central Conference of champions. 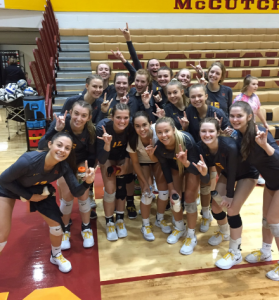 First up was a 1 PM matchup with rival Harrison HS.  The Lady Mavs were playing the Raiders for the 3rd time this season and knew how important it was to take care of business.  Your Lady Mavs had no trouble with the Raiders as they won in 3 straight sets 25-17, 25-17, 25-14. Chloe Chicoine led the way with 16 kills and Brooke Humphrey added 11. Emily Brown and Chloe Chicoine both added 3 aces against the Raiders. Natalie Bonilla was strong at the net with 3 blocks. Emily Brown took care of the backcourt with 17 digs on the afternoon and Kailee Cornell collected 40 assists. 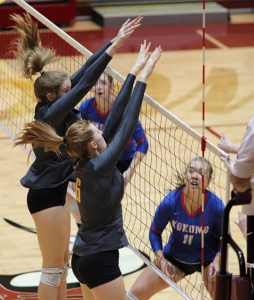 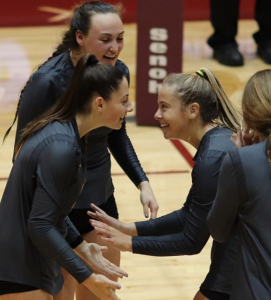 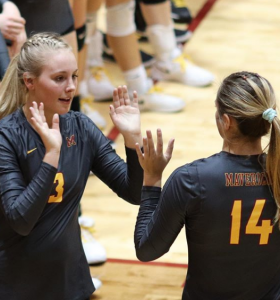 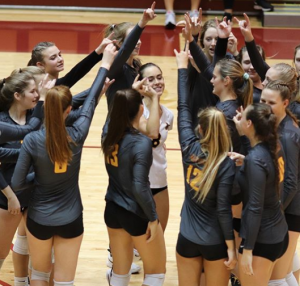 Saturday evening was the last time the seniors were going to be able to play in Resler Gymnasium.  The Lady Mavs were undefeated all season at home and now they were trying to win one more for a sectional championship.  McCutcheon faced off with the Wildcats from Kokomo. The ladies came out focused and ready to go. The Mavs had no trouble with the Wildcats, winning in straight sets 25-10, 25-10, 25-14. Leading in kills for the night was Chloe Chicoine with 12 and Brooke Humphrey with 10. Emily Brown and Kailee Cornell served up 3 aces each. Emily Brown had 13 digs and Kailee Cornell had 33 assists in the championship match. This was the first Sectional title for this group of hardworking seniors and the first title for the McCutcheon program since 2013. This decisive win moved the Lady Mavs to 31-1 on the season. 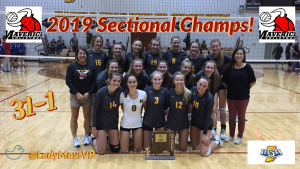 The outstanding doubles team of senior John Shambaugh and junior Gavin Dardeen has been steamrolling along in the post-season.  The undefeated duo faced a tough Delta team in the opening round of the Kokomo Regional.  The Mavs dismissed the senior pair of Delta Eagles (6-2, 6-1).  Later in the afternoon, Shambaugh and Dardeen played the #1 doubles team from Bishop Dwenger.  The Mavs won that match in another straight-set victory (6-4, 6-3). 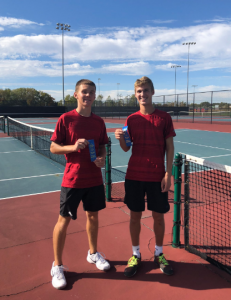 The boys now will compete in the State Finals Tourney this Friday at 2 PM at the Park Tudor HS tennis complex.