Tuesday night featured some important match-ups for several Maverick Athletics teams.  Conference seedings, perfect records, and county rivalries were all on the line.  Last night also featured the debut of the McCutcheon Unified Football team!  It was a great evening to be a MAV…Here’s a breakdown of all the action: 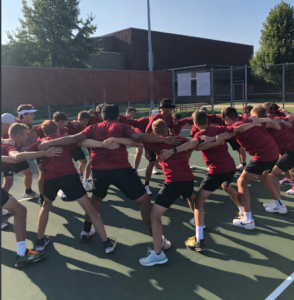 The Boys Tennis team hosted NCC rival, Logansport, in an important match in determining seeding for the upcoming NCC Tournament (Sat 9/21).  The team had been tinkering with their line-up in the past couple weeks but went back to their original grouping to take on the Berries.  Coach Carnahan’s line-up change paid off with a big 3-2 Maverick win!

Boys Soccer took to the pitch vs the Knights of Central Catholic.  It was supposed to be a toughly contested match, on paper, with the Knights holding a 9-4 record.  However, the Mavs (4-6) aggressive style of play kept CC on the defensive for most of the match.  McCutcheon was very active around the goal and used great team passing to take a 3-0 lead into the half.  Coach Wheeler continued to sub in fresh legs in the 2nd half, and Central Catholic had no answer on how to stop the Mav’s high powered goal scoring.  The final tally ended with a 7-0 Maverick win!  The JV also shut out the Knights, winning 5-0.

The Unified Football team took to the gridiron for their flag-football debut on Tuesday night.  West Lafayette played host to the 3-team event.  The Mavs had a beautiful evening to compete and have fun with Twin Lakes and West Lafayette.  The Unified team will host another night of games next Wednesday (9/25) @ 5:30.  Would LOVE to see you all there! 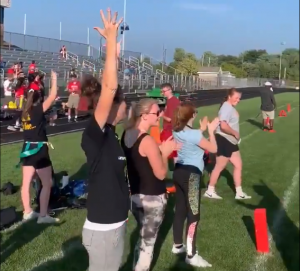 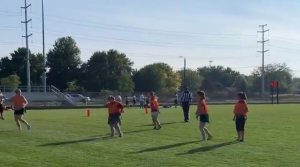 The undefeated #4 Lady Mavs Volleyball team headed to Western Boone for a non-conference clash.  With the Battle of the Tippy vs Harrison approaching, Tuesday’s road match at WeBo had “trap game” written all over it.  Coach Sutter and her seniors have done a tremendous job of maintaining their focus and energy and gave the Stars the “full-send” treatment with a straight-sets win. The team stats were impressive with a 49 kill%, 96% serve, and 24 digs/set.  Here’s a breakdown of the box score