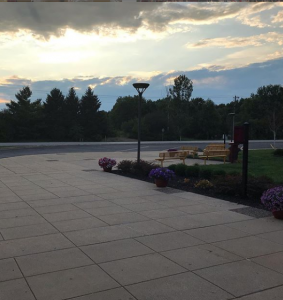 Boys Tennis:  The Mav tennis team knocked off a talented Rossville squad 3-2.  Winning for the Mavs were #2 Singles John Shambaugh, #3 Singles Joe Sanson, and the #2 Doubles Team of Jake O’Donnell and Navrio Nodalo

Girls Soccer:  The Lady Mavs soccer team competed against NCC Rival, Harrison High School.  The stands were packed with fans from both sides and provided a great atmosphere for the match.  The teams battled in a 0 – 0 tie for most of the match, but the Harrison Raiders took the lead in the ’65 min on a nice header from their midfielder.  10 minutes later the Raiders put the match away with a breakaway goal to tally the final score of 2 – 0.  The Lady Mavs competed well and didn’t back down the whole match.  The Mavs are already eyeing a potential rematch in the weeks to come.

JV lost a tough one 3-2.  The Mavs held a 2-0 advantage for a good portion of the match but gave up 3 unanswered goals in the 2nd half.

Volleyball:  The #3 Ranked Lady Mavs Volleyball team (10-0) played host for the first time this season, welcoming the Gophers of Clinton Prairie HS (3-7).  The Mavs were visibly excited to play at Resler Gymnasium and were bolstered by the pre-game recognition of Senior Kailee Cornell’s 1000+ career assists.  The MHS Encore Choir also provided a beautiful rendition of the National Anthem for the patriotic crowd. The match was a quick 3-set sweep (25-9, 25-6, 25-17) for the Lady Mavs.  Junior Ryley Brown lead the team in kills (10), Sr. Carli Leonard and Fr. Raegen Burns led in digs (8), and Cornell had 16 assists on the night.

JV came away with a 2-0 sweep of the Gophers.  The Freshman squad squared off with the Harrison Raiders in a 3-set thriller.  The Freshman Mavs took care of business late, and helped last night be a clean sweep for the volleyball program!